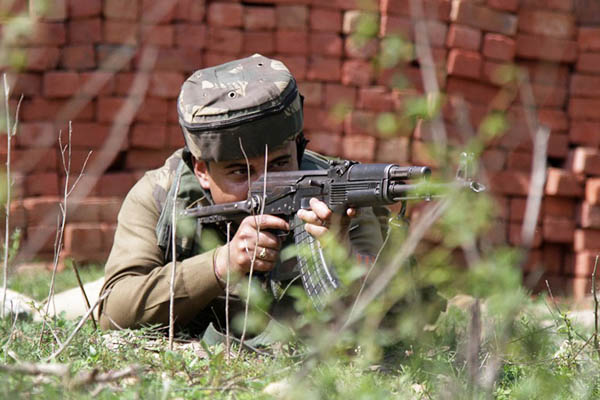 Two other militants were shot dead in a gun battle with police a day earlier.

Government forces in Indian-administered Kashmir on Saturday killed two suspected rebels, a day after two other militants were shot dead in a gun battle with police.

Forces “moved in cautiously” on Saturday and killed the two militants after tip offs that they were hiding out in the Samba sector, army sources told AFP. “Two militants were killed near the armored regiment unit,” said Danish Rana, inspector general of police for the region.

On Friday, two armed militants hijacked a private jeep and killed the driver before lobbing grenades into a police station about 20 kilometers from Samba sector before being shot dead by forces. The attack was the first to hit India’s only Muslim-majority state since the ruling Hindu nationalist Bharatiya Janata Party (BJP) took power this month in a coalition government.

Army sources, however, could not confirm whether the rebels involved in Friday’s incident were in the same group as those killed on Saturday. No rebel group immediately claimed responsibility for Friday’s attack.

Kashmir has been divided between India and Pakistan since independence from Britain in 1947. Both claim the Himalayan territory in its entirety. Several rebel groups have been fighting Indian forces since 1989 for independence or a merger of the territory with Pakistan.

The fighting has left tens of thousands dead, mostly civilians. Armed encounters between rebels and government forces occur regularly, though violence in the region has substantially declined during the last decade. India blames Pakistan for arming the rebels—a charge Islamabad denies.