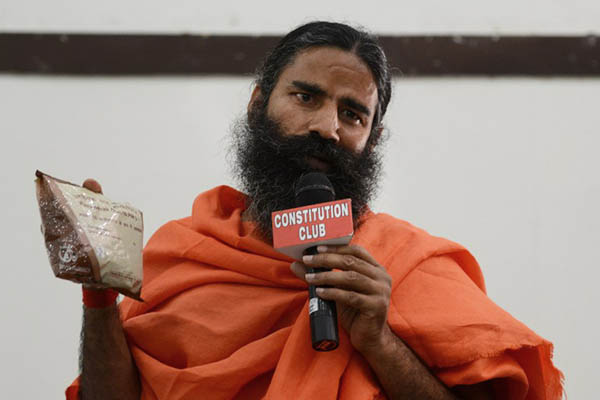 Opposition in India’s parliament has demanded the drug be pulled from pharmacies.

A hugely popular Indian guru launched a defense on Friday of one of his herbal drugs, whose name claims to help women conceive sons, amid a row embroiling Prime Minister Narendra Modi’s government.

Baba Ramdev, who has millions of devotees through his yoga TV show, said the drug helped with infertility and not sex selection, a highly sensitive issue in India where boys are preferred to girls. “It has got nothing to do with sex selection… But if the name is misleading, we will include a disclaimer from the next batch onwards,” the saffron-robed Ramdev told a news conference in New Delhi.

The drug, called Divya Putrajeevak Beej, which translates as “Divine Son-Bearing Seed” in English, sparked uproar in parliament on Thursday with the opposition demanding it be pulled from pharmacy shelves. Health Minister Jagat Prakash Nadda told parliament that “the government will look into it and proper action will be taken.”

The row is potentially embarrassing for Modi and his ruling Bharatiya Janata Party (BJP) after Ramdev campaigned extensively for the Hindu nationalist leader at last year’s general elections.

Ramdev, who reportedly has a trust worth around $250 million, a Scottish island and a global herbal medicine business worth billions, courted controversy two years ago when he offered to “cure” homosexuals at his ashram. “It’s a conspiracy to defame me. People who are raising such questions have no knowledge about nomenclatures and Ayurveda,” Ramdev said.

Gender-selection is an extremely sensitive topic in India where prenatal sex determination tests are illegal but rules are often flouted to abort female fetuses.

In January, Modi launched a nationwide campaign aimed at reversing the skewed gender ratio, saying placing more importance on sons was “a psychological illness of the entire country.”

According to the 2011 census, the nation recorded just 914 female births for every 1,000 male births owing to a preference for sons who are seen as breadwinners in a highly patriarchal society.

This herbal drug has a 50% success rate.