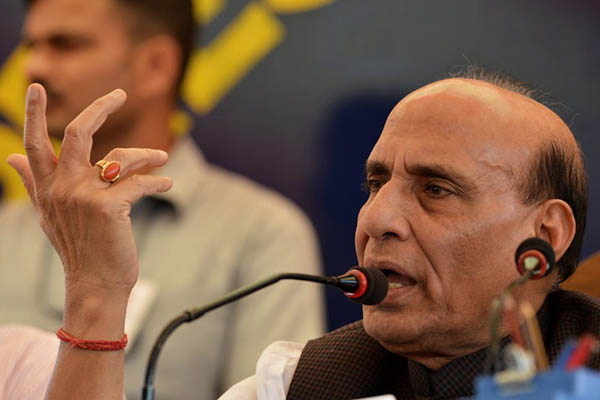 Rajnath Singh will attend next week’s SAARC meeting in Islamabad, but is unlikely to conduct any bilateral meetings.

India’s home minister will travel to Pakistan next week for a one-day regional meeting, New Delhi said on Thursday, as tensions flare between the rivals over unrest in disputed Kashmir.

Rajnath Singh will attend a meeting of home ministers from countries belonging to the South Asian Association for Regional Cooperation (SAARC) in Islamabad but will not hold a one-on-one with his Pakistani counterpart, the Indian foreign ministry said.

It comes days after India lashed out at Pakistan, accusing its neighbor of fanning violent protests in India-administered Kashmir that have claimed more than 50 lives this month.

“There is no such proposal [for a bilateral meeting],” foreign ministry spokesman Vikas Swarup said in New Delhi. “We want a peaceful, cooperative relation with Pakistan. We are prepared to discuss all outstanding issues with Pakistan but in an atmosphere free of terror and violence,” he said, without specifying which issues would be raised in the Aug. 4 meeting.

In a surprise move last December, Indian Prime Minister Narendra Modi paid a visit to his Pakistani counterpart Nawaz Sharif with a view to restarting a stalled dialogue. But planned peace talks were postponed after seven Indian soldiers died when an airbase came under attack in January, which New Delhi blamed on a banned Pakistan-based group.