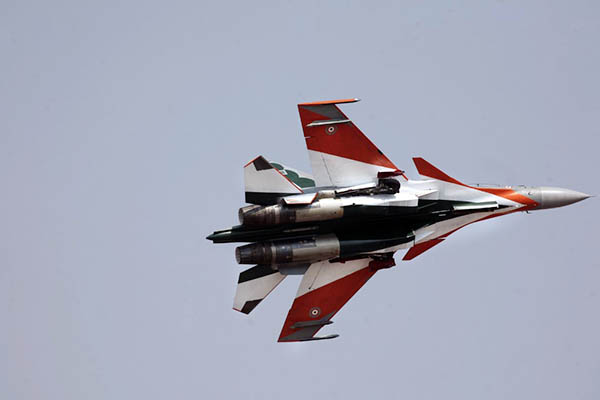 The An-12 aircraft was intercepted by two Sukhoi Su-30 fighter jets after it deviated from its scheduled flight path, the Indian Air Force (IAF) said. “The aircraft did not follow the authorized Air Traffic Services route and was not responding to radio calls from Indian controlling agencies,” the IAF said in a statement. “The aircraft was shadowed and forced to land at Jaipur for necessary investigation.”

Hundreds of commercial and cargo flights have been affected by continuing tensions between India and Pakistan after their tit-for-tat airstrikes in February. Restrictions over Pakistani airspace have forced international airlines including those from India to take costly and lengthy detours. The airstrikes followed a suicide attack in disputed Kashmir that killed 40 Indian paratroopers and ignited fears of an all-out conflict. But a crisis was averted after Pakistan returned an Indian pilot who was shot down and captured.