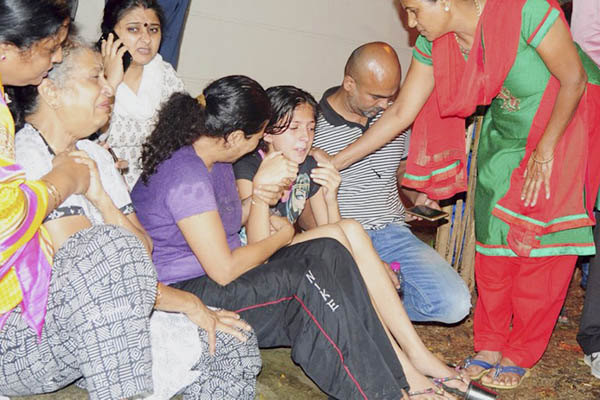 Friends and family of Gauri Lankesh mourn her death in Bangalore. AFP

Gauri Lankesh was an outspoken critic of Hindu nationalists

A senior Indian journalist was shot dead by unidentified attackers in southern Karnataka state, its chief minister said on Tuesday, confirming the country as Asia’s deadliest for reporters.

“Absolutely shocked to learn about the murder of renowned journalist Gauri Lankesh. I have no words to condemn this heinous crime,” chief minister Siddaramaiah said on Twitter late Tuesday.

Lankesh, who edited a tabloid newspaper, was an outspoken critic of rightwing Hindu nationalist politics.

“I have spoken with the DGP [Director General of Police], and instructed him to ensure prompt and thorough investigation to bring the perpetrators to justice,” Siddaramaiah said on Twitter.

India’s otherwise progressive southern state has seen some targeted killings of political activists and scholars in the recent past. In 2015, India was rated as the deadliest country in Asia for journalists by Paris-based Reporters Without Borders.

Karnataka CM is fit for nothing, useless son of a b!$@#