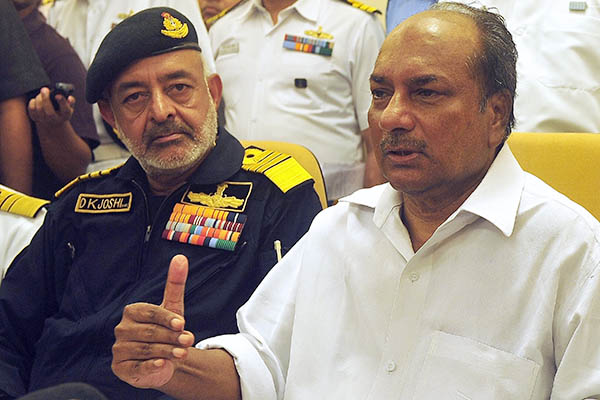 Antony tells reporters he is “sure” nothing can happen without tacit support of Pakistan Army.

India’s defense minister on Wednesday accused the Pakistan Army of helping militants cross over the border, which has been gripped by some of the worst firing in 10 years.

Shooting at the frontier between the neighboring countries has been among the heaviest since a ceasefire agreement in 2003, with India accusing Pakistan of more than 200 violations this year.

“I’m sure nothing can happen without the knowledge and tacit support of the Pakistan Army. It is a matter of concern to us,” A.K. Antony told reporters when asked about infiltration attempts by militants.

India regularly accuses Pakistan’s army of providing covering fire for armed rebels who cross the border and then mount attacks in the disputed region of Kashmir. The Muslim-majority Himalayan region is divided and administered separately by India and Pakistan but claimed in full by both.

About a dozen militant groups who want Kashmir to be made independent or incorporated into Pakistan have been battling Indian forces since 1989.

There was no immediate response from Pakistan but Islamabad routinely denies supporting militants and says it is committed to a peaceful resolution of the Kashmir issue through dialogue.