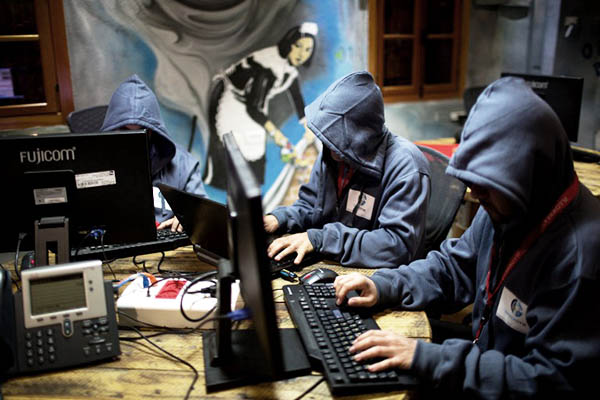 Report alleges 265 fake local media outlets in over 65 countries are trying to influence E.U. and U.N. officials through disinformation campaigns

A European monitor on Wednesday announced it had found 265 fake local media outlets conducting disinformation campaigns, with intent to influence the E.U. and the U.N. by repeatedly posting anti-Pakistan content.

EU DisinfoLab, a non-governmental organization focused on tackling disinformation campaigns targeting the E.U., its member states, core institutions and core values, said the fake news websites were operated in over 65 countries and managed by an Indian influence network.

In its preliminary report, it said these websites were re-publishing a large amount of news directly from credible sources such as Russia Today and Voice of America, ostensibly for legitimacy. In addition to this syndicated material, these sites published articles and op-eds specifically designed to either malign Pakistan or promote India.

“EU DisinfoLab quickly discovered that EP Today [a self-proclaimed magazine for the European Parliament in Brussels] is managed by Indian stakeholders, with ties to a large network of think tanks, NGOs, and companies from the Srivastava Group. We also found that the IP address of the Srivastava Group is also home to the obscure online media New Delhi Times and the International Institute for Non-Aligned Studies (IINS), which are all based at the same address in New Delhi, India,” it said in its report.

The organization noted that the links became more worrisome last month when 27 members of the European Parliament were invited by the controversial IINS to visit India-held Kashmir and meet Prime Minister Narendra Modi. “Using OSINT (Open-Source Intelligence) techniques, we continued our investigation into this network, and this led us to Geneva, where the U.N. Refugee Agency has its headquarters. There, we discovered timesofgeneva.com—an online ‘newspaper’ that is ‘approaching 35 years in business.’ Strangely enough, Times of Geneva publishes the same type of content as EP Today and produces videos covering events and demonstrations criticizing Pakistan’s role in the Kashmir conflict.”

According to EU Disinfo, it found both EP Today and Times of Geneva had strong ties with a network of NGOs and think tanks, with their websites using the same servers. In some cases, it said, staff of a linked organization—such as the European Organization for Pakistani Minorities—published articles for EP Today to further their influence network.

The organization said this made it clear both networks were serving lobbying interests, noting that these organizations had been active for several years.

Digging in further, says the NGO, it found this same pattern recurring in over 65 countries and 265 local media outlets. It notes that most of these websites are named after an extinct local newspaper or spoof real media outlets; they republish content from several news agencies; cover the same India-related demonstrations and events; republish anti-Pakistan content from within the network.

The attempt, says EU Disinfo, appears clear: these websites are designed to influence international institutions and elected representatives by offering a narrow coverage of specific events; provide little-known NGOs with press visibility to reinforce their credibility and increase their impact; add several layers of media outlets to quote and republish each other, making it harder for the average reader to detect manipulation; and most critically, influence public perceptions on Pakistan by driving up manipulated stories on search engines through repeated publication.