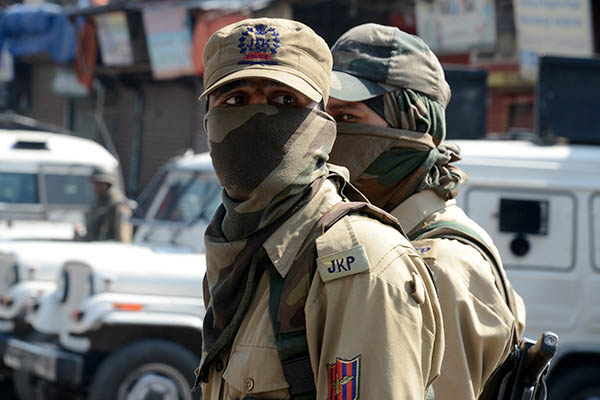 Militants disguised as soldiers killed seven people in an attack on a police base in India-administered Kashmir on Thursday, days before long-awaited talks between the leaders of India and Pakistan, police said.

The militants, all wearing army fatigues, lobbed grenades and opened fire at the Hiranagar police station, around 200 kilometers from Srinagar, an officer in the police control room said. “We can confirm that five policemen and two civilians have been killed in the attack,” the officer said.

The attackers then escaped after hijacking a truck and were now engaged in a fierce gun battle with Indian troops in Samba district of the region near the border with Pakistan, the NDTV news network and other local media reported.

Five security men have been injured in the ongoing gun battle at an army base, a senior police official said, with TV footage showing wounded soldiers being dragged away to safety.

“Four soldiers and a sentry have received injuries in the attack on army camp. We are trying to ascertain more details,” said police Director General Ashok Prasad. He said a separate group of militants could be taking part in the ongoing battle, and it was unclear how many militants in total were involved.

The attack will cast a shadow over an expected meeting this weekend between Indian Prime Minister Manmohan Singh and his Pakistani counterpart Nawaz Sharif on the sidelines of the U.N. General Assembly in New York, the first such top-level talks in three years.

Kashmir, a picturesque Himalayan territory, is divided between India and Pakistan by a de facto border known as the Line of Control (LoC) but it is claimed in full by both countries.

More than a dozen armed rebel groups have been fighting Indian forces since 1989 for the region’s independence or its merger with Pakistan. More than 47,000 people have died in the fighting by an official count while local rights groups estimate up to 70,000 have lost their lives.

Thursday’s attack comes after heavily armed militants killed eight soldiers in the region in June, in the deadliest such incident in five years.

The military convoy was ambushed on the outskirts of Srinagar, as it headed towards a nearby base camp, marring a landmark visit by Singh to the embattled territory. In March, militants disguised as cricketers killed five paramilitary police in an ambush also in Srinagar.

Armed violence had been declining steadily since the early 2000s, allowing vital tourism to the region to increase, but the area remains tense with regular protests and recent communal clashes.