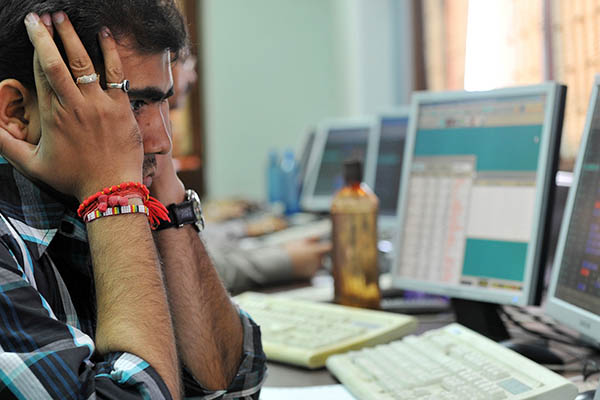 The rupee, one of Asia’s worst performing currencies this year, has lost nearly a quarter of its value since the start of the year. The Indian unit, which lost three percent on Tuesday, was down 2.46 percent at 67.87 rupees to the dollar in afternoon trade after plunging 3.84 percent at one point to 68.74 rupees. HDFC analyst Ashutosh Raina warned: “The flight to dollar safety is expected to intensify pressure on the rupee in the short-term.”

Wednesday’s losses coincided with a global sell-off, with dealers seeking refuge in the dollar, perceived as a safe haven, in the face of potential turmoil in the oil-rich Middle East, while crude prices have hit multi-month highs.

But other reasons for the rupee’s drop are homemade—failure to move fast enough on economic reform, a string of government corruption scandals, perceptions of policy paralysis and a record current account deficit, analysts say.

Also, the rupee, like other emerging market currencies, has been hit by foreign fund outflows, with the U.S. Federal Reserve expected to wind down its stimulus scheme as the U.S. economy recovers.

The Fed’s easy money program has seen vast sums of cash pile into emerging markets in the past year as investors sought better returns than in the West. But with the Fed bond-buying, which has kept U.S. rates subdued, seen coming to an end traders are repatriating their money.

Standard Chartered Bank forecast the rupee may hit 70 to the dollar before it strengthens.

“The fall in rupee is no more (just) a country-specific issue. Emerging markets have been reeling under currency pressure with the dollar strengthening. That is going to definitely continue,” Arindam Ghosh, chief executive of BlackRidge Capital Advisors told business channel ET Now.

With investors looking for safer investments, gold prices have also hit an all-time high of 34,500 rupees per 10 grams owing to strong demand caused by the Indian currency’s weakness. Indians, the world’s biggest buyers of gold, frequently purchase bullion as a hedge against inflation.

“We have done our sums—there is enough money to provide for the food security bill” and meet the deficit target, “which is a red line that will not be breached,” Chidambaram told parliament.

India would have to be “patient, be firm—do whatever is required to be done—and the rupee will find its appropriate level,” he said.

The food bill, which economists say would strain government finances, comes at a time of sharply slower growth.

The central bank has warned increased public spending on the bill could aggravate the deficit and fuel already high inflation that will be stoked by the rupee’s fall as import prices rise.

Forex dealers also said the rupee was suffering a drag from traditionally strong month-end demand for the U.S. currency from importers.

To ease pressure on the rupee, the government said it had set up a panel to look at paying for imported items in rupees rather than foreign exchange under bilateral currency swap agreements.