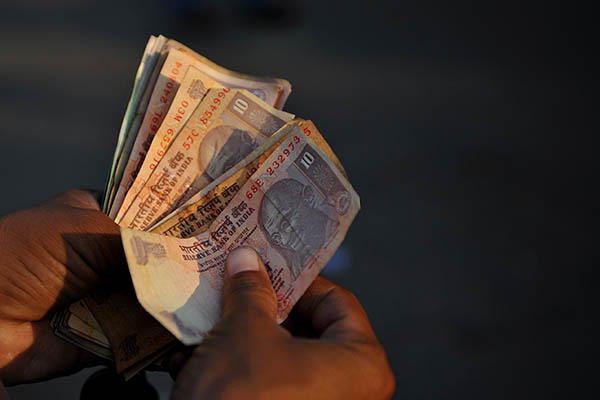 India’s rupee fell to a new record low against the dollar early Monday, as the greenback was boosted by another set of strong U.S. economic data.

The rupee hit 61.16 to the U.S. unit—moving past its previous low of 60.76 hit on June 26—as Indian importers bought dollars. The rupee has skidded lower as overseas funds pull out of emerging markets on investor expectations of a scaling down of the hefty U.S. monetary stimulus and as India’s domestic economic woes mount.

The Indian unit’s tumble raises import prices of everything from oil and fertilizers to food staples such as pulses, stoking already high consumer inflation and causing hardship for India’s poor millions.

The rupee has fallen 11.5 percent in 2013, making it the worst performing currency in major Asian economies.

The Reserve Bank of India is believed to have intervened several times in the market in recent weeks, but Governor Duvvuri Subbarao said the priority was managing volatility. The central bank does not normally comment on whether it has intervened in the market but dealers reported there were signs of intervention last Friday to prop up the rupee. The reported intervention came after the central bank’s governor said last Thursday that the Reserve Bank did not have an exchange rate target.