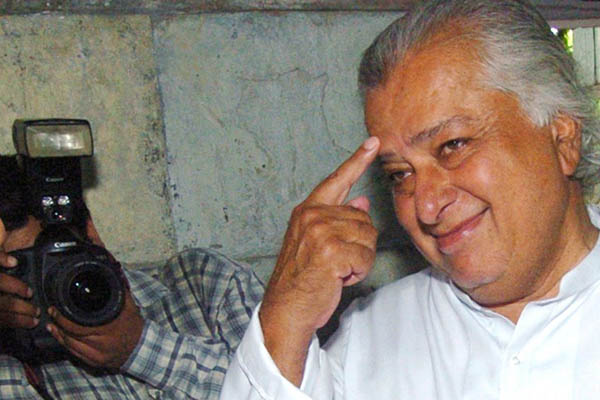 The Bollywood star died at hospital after illness spanning several years, according to his family

Bollywood icon Shashi Kapoor—a star of 1970s Indian cinema and a member of the Hindi film industry’s famous Kapoor family—died on Monday aged 79 after a long illness, his family said.

The multiple award-winning actor died at a hospital in Mumbai on Monday evening, his nephew Randhir Kapoor told the Press Trust of India news agency. Another family member confirmed the death to AFP. “Yes, he has passed away. He had kidney problem for several years,” Kapoor told PTI, adding that the funeral would be held on Tuesday.

Shashi—the youngest son of Prithviraj Kapoor, a pioneer of Hindi film and theater—appeared in more than 150 films, winning over fans with his charm and suave good looks. His most memorable roles were in such films as Jab Jab Phool Khile (Whenever The Flowers Bloom, 1965), Kabhi Kabhi (Sometimes, 1976), and Kalyug (Age of Downfall, 1981).

He was also adored for his role opposite Bollywood veteran Amitabh Bachchan in the hit movie Deewaar (The Wall, 1975) in which he delivered one of Hindi cinema’s most famous lines—‘Mere paas maa hai’ (I have a mother).

Tributes poured in from the world of Indian cinema and politics following news of Kapoor’s death. “Shashi uncle was not only a great star and a passionate filmmaker, but also a wonderful human being. His work has always given Indian audiences great joy,” Bollywood superstar Aamir Khan said in a statement posted on Twitter.

Indian Prime Minister Narendra Modi tweeted that he was “saddened” by Kapoor’s death. “His brilliant acting will be remembered by generations to come,” wrote Modi.

Kapoor was born in the eastern Indian city of Kolkata in 1938, the youngest of Prithviraj’s three children. He began his career early, assisting in his father’s traveling theater company and appearing on stage in a production of Shakuntala, a classic Hindu love story, at the age of six.

His Bollywood career also began in childhood and he grew into a matinee idol after debuting as a leading man in Dharmputra in 1961. He enjoyed a thriving onscreen relationship with Bachchan. As well as Deewaar, they appeared together in Trishul (Trident, 1978) and Suhaag (Husband, 1979).

Thanks to his youthful looks Kapoor often played Bachchan’s younger brother, despite being five years older than him.

Kapoor was among the first Indian actors to work abroad, with roles in Merchant Ivory films such as The Householder (1963), Heat and Dust (1983) and Shakespeare Wallah (1965).

In 1958, Kapoor married English actress Jennifer Kendal. They had three children together. Kendal died of cancer aged just 51 in 1984. The couple were keen patrons of the arts and in 1978 established the Prithvi Theatre in Mumbai which is today one of the city’s most popular theaters.

Kapoor won numerous acting prizes and in 2011 was honored with the Padma Bhushan, one of India’s highest civilian awards. Shashi’s eldest brother Raj Kapoor, who died in 1988, was also a famous Hindi cinema actor and father to Randhir.