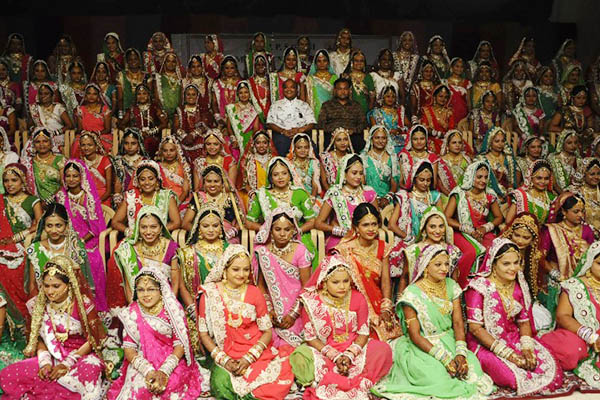 Mahesh Savani has been hosting mass weddings since 2012 and this year’s function featured 238 marriages.

An Indian diamond trader has thrown a mass wedding for more than 200 fatherless brides and given each of them gifts worth thousands of dollars to help the poor women start a new life.

Mahesh Savani performed the Hindu wedding ritual of ‘Kanyadaan’—the practice of giving away one’s daughter in marriage—for 236 fatherless brides from poor families at a mega-wedding event in the western state of Gujarat at Christmas. Savani, who believes that giving away brides is a blessing from God, has been organizing similar mass weddings every year since 2012.

“With Sunday’s mass wedding, I have become [a] proud father to have performed ‘kanyadaan’ of over 700 girls,” he told AFP.

Hundreds of brides in colorful attire and ornate jewelry performed their wedding rituals in front of thousands of guests in the city of Surat, a hub for the diamond polishing industry. The tycoon also gave gifts of gold and household items, including sofas and beds, worth 500,000 rupees to each of the brides to help them start married life.

Savani said he began his charitable campaign in 2008 when one of his own employees died just days before his daughter’s wedding.

It is not known how much the giant ceremony cost.