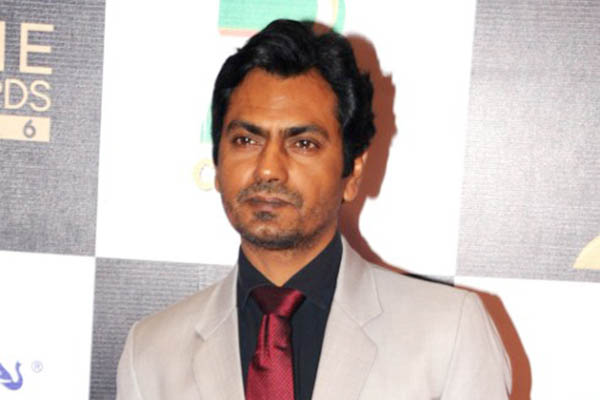 Nawazuddin Siddiqui vows to participate in play next year.

An Indian village had to cancel a performance of a traditional Hindu play moments before it was due to start after far-right activists opposed the participation of a Muslim Bollywood star, reports said on Friday.

Nawazuddin Siddiqui, best known outside of India for his role in The Lunchbox, had been due to perform in a theater production based on the Ramayana in his home village of Budhana in Uttar Pradesh state. But organizers cancelled the event after activists from the ultra-nationalist Shiv Sena said they were opposed to a Muslim actor taking part in the Hindu play, according to reports.

“A few members of the Shiv Sena didn’t want a Muslim man to play a character in Ram Leela,” Damodar Prasad Sharma, president of the Ram Leela Committee, told the Indian Express newspaper. “Then the police told us that we should not let Nawazuddin participate and, if at all we do, and there is a problem during the show, we will have to take responsibility. There were just too many people in the audience, we couldn’t have controlled the crowds in case of a ruckus,” Sharma added.

The Times of India quoted local Shiv Sena official Mukesh Sharma as saying: “In the 50-60 year history of the Budhana Ramleela, no Muslim artist has set foot on the stage. We couldn’t allow that now. It’s about tradition.”

The Press Trust of India said the performance had been cancelled while Siddiqui took to Twitter to express his disappointment. “My childhood dream could not come true, but will definitely be a part of Ramleela next year,” he tweeted late on Thursday. “Ramlila”—meaning “Rama’s play”—re-enacts the life of Lord Ram over several nights, culminating in his defeat of a wicked king, a victory symbolizing the triumph of good over evil in Hindu mythology. Supporters of Shiv Sena, which shares power with India’s ruling Bharatiya Janata Party (BJP) in the western state of Maharashtra, are often accused of being anti-Muslim and regularly use intimidation tactics.

Last year activists threw ink over the organizer of the launch in Mumbai of a book by a former Pakistani foreign minister. It was also accused of using threats to force the cancellation of an appearance in Mumbai by Pakistani singer Ghulam Ali.