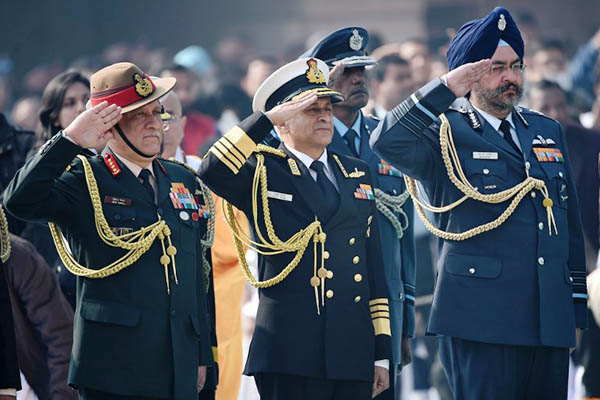 India’s army chief has said his country must be prepared for war and accused China of “testing our limits,” days after the neighbors ended one of their worst border stand-offs in decades.

General Bipin Rawat said India could not afford to be complacent and should be prepared for the possibility of an all-out war. “As far as our northern adversary is concerned, flexing of muscles has started,” Rawat said late Wednesday at a Delhi-based think-tank, in reference to China. “The salami slicing, taking over territory in a very gradual manner… testing our limits of threshold is something we have to be wary about and remain prepared for situations which could gradually emerge into conflict.”

“Whether these conflicts will be confined or limited in space and time or whether these can expand into an all-out war along the entire front [remains to be seen],” the army chief said.

India and China went to war in 1962 over the state of Arunachal Pradesh. Last month, the two nations withdrew their troops to resolve a tense deadlock over part of a Himalayan plateau claimed by both China and Bhutan, an ally of India.

Rawat also said India’s rival Pakistan—an ally of China—was likely to take advantage of the tensions. “The western adversary taking advantage of the situation developing along the northern border is very much likely,” he said.

Pakistan and India have fought three wars since independence, two of them over the disputed region of Kashmir, which both claim in full.