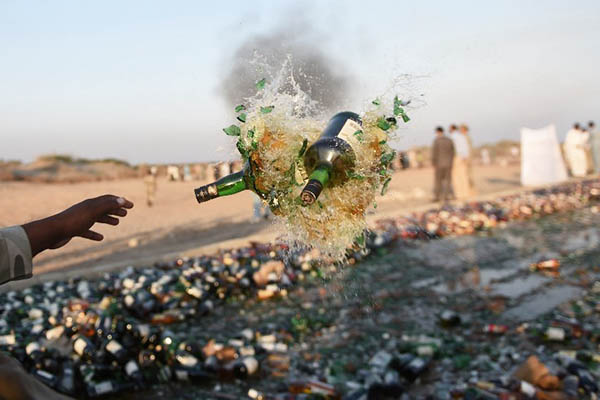 The chief minister of the Indian state of Bihar on Thursday announced plans to ban the sale and consumption of alcohol in the eastern state by April 2016.

Nitish Kumar, who was re-elected as the chief minister of one of India’s key battleground states earlier this month, had promised a complete alcohol ban during the poll campaign. He had particularly appealed to the state’s rural women voters, promising a swift ban if he was voted back to power as chief minister for the fifth time.

“I feel that women in rural areas suffer more than others because of alcohol consumption and have already instructed my officials to work toward implementing prohibition from the next financial year [April 2016],” Kumar said at a public function in the state. Kumar didn’t elaborate the details of the plan including its scope, enforcement challenges or how he planned to tackle the revenue loss after the ban.

“The Bihar government earned nearly Rs. 3500 crore [around $500 million] last year through taxes on the sale of alcohol… It is not known how the government plans to make up for this loss of revenue,” a news report in India’s NDTV network said.

Several Indian states including Gujarat, the home state of India’s Prime Minister Narendra Modi, already enforce alcohol prohibition. Last year, another local government in the south Indian state of Kerala, popular among tourists for its backwaters and beaches, had announced a plan to enforce total prohibition within a decade.