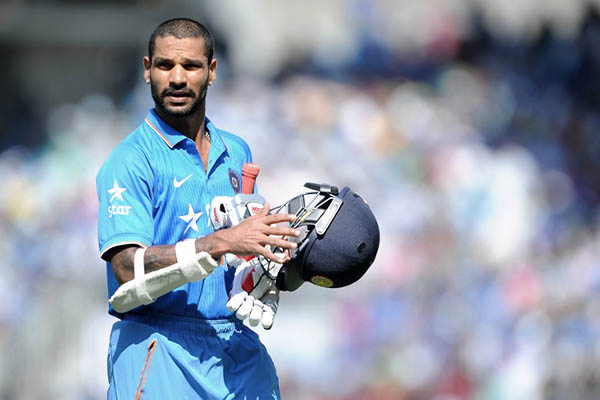 The off-spinner’s bowling action will be scrutinized under ICC process within 14 days.

India’s Shikhar Dhawan has been reported for a suspect bowling action and will need to undergo tests within 14 days, the International Cricket Council (ICC) said on Wednesday.

Dhawan, 30, an opening batsman who rarely bowls, was reported after the fourth Test against South Africa in New Delhi on Monday when the defiant tourists were attempting to salvage a draw. As the South Africans stonewalled the Indian bowlers on the final day, frustrated skipper Virat Kohli brought on Dhawan who bowled just three overs for nine runs.

India eventually won the match by 337 runs and sealed the four-Test series 3-0.

“Dhawan’s bowling action will now be scrutinized further under the ICC process relating to suspected illegal bowling actions,” the ICC said in a statement.

Dhawan, who bowls off-spins, will be allowed to play on till the results of the tests are declared, the sport’s governing body said.

Dhawan has made 1,308 runs in 19 Tests but has never taken a wicket from the nine overs he has bowled in those matches. The ICC launched a crackdown against suspect actions in June last year, leading to several leading bowlers being reported.

Other bowlers who have been up hauled up include Pakistan’s Saeed Ajmal and Mohammad Hafeez, Bangladesh’s Sohag Gazi, New Zealand’s Kane Williamson, Sri Lanka’s Sachithra Senanayake and Tharindu Kaushal, and Zimbabwe’s Prosper Utseya and Malcolm Waller.