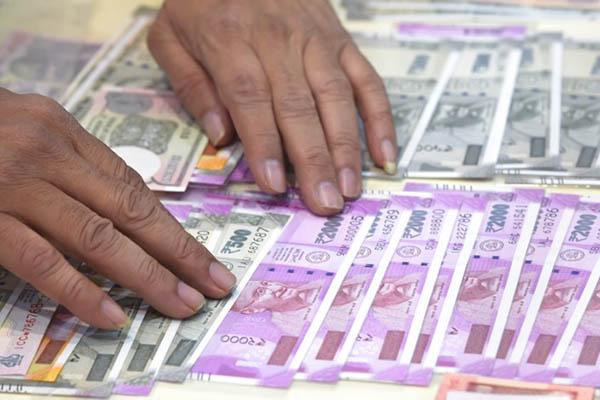 India’s economy grew at a stunning 8.2 percent in the first quarter of the 2018-19 financial year, official data showed on Friday, as it charts a course to overtake Britain as the world’s fifth-largest economy.

The latest figures, which mark India’s highest growth rate in eight quarters, shot up from 5.6 percent for the same period last year and reinforces the nation’s status as one of the world’s fastest growing economies.

India became the globe’s sixth-biggest economy in 2017, pushing France into seventh place, according to figures released by the World Bank last month.

The United States is the world’s top economy, followed by China, Japan and Germany. Britain is currently the world’s fifth-biggest economy with a GDP of $2.622 trillion last year.

“Next year we are likely to overtake Britain,” Indian Finance Minister Arun Jaitley said on Thursday. He predicted that the Asian giant, with its population of 1.25 billion people, would become one of the world’s top three economies around 2030.

India’s GDP expansion is back on track after a rocky start to economic reforms implemented by Prime Minister Narendra Modi. Quarterly growth fell as low as 5.6 percent in mid-2017 as the economy reeled from a shock cash ban that scrapped 86 percent of currency notes.

Business and customers were also wary of a new nationwide goods and services tax, introduced last year, which replaced a myriad of state and national taxes.

The International Monetary Fund has forecast GDP growth for the current fiscal year at 7.3 percent, rising to 7.5 percent the following year. This compares to the world’s expected average growth of 3.9 percent.

India is a massive importer of oil, however, and analysts say high crude prices and a tumbling rupee threaten to derail growth. The Indian currency breached 71 against the dollar for the first time ever on Friday. It started the year at 63.67.

The slump is widening India’s current account deficit, a measure of when the value of imports exceeds that of exports, threatening the country’s balance of payments. Friday’s 8.2 percent figure was above the median estimate of a survey of economists by Bloomberg, which had predicted of 7.6 percent.