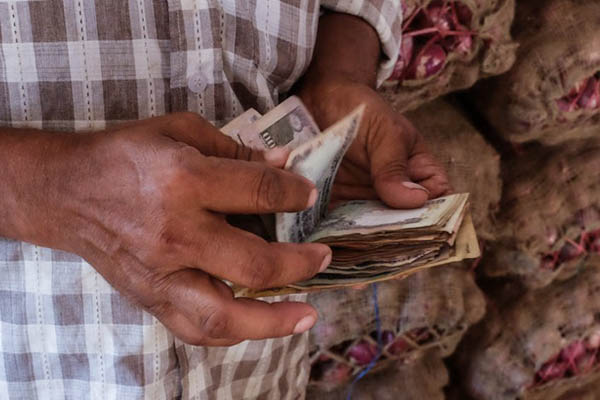 Last quarter’s growth stood at 7.4, an uptick from 7.0 percent in the previous quarter.

Growth in the three months to the end of September quickened to 7.4 from 7.0 percent in the previous quarter, according to statistics ministry data, slightly ahead of analysts’ expectations.

India has now recorded three straight quarters of growth above seven percent, performing better than its giant neighbor China on each occasion and leading the way for emerging markets with Russia and Brazil flagging. “China was the leader of economic growth across the globe for two decades or so until 2014 but India will now be the pacesetter for the next two to three years at least,” said analyst Sujan Hajra.

The figures for the second quarter of the financial year bettered China’s 6.9 percent increase in gross domestic product recorded for the same three months and reported by Beijing last month. They were also higher than the median forecast of 7.3 percent in a survey of economists by Bloomberg News.

Modi has made boosting economic growth a priority since sweeping to power in a general election in May 2014 and India has posted 7.5 percent, 7.0 percent and 7.4 percent quarterly growth for the calendar year 2015. But investors have raised concerns about the pace of promised economic reform needed to create jobs for India’s tens of millions of young people.

They are hoping Modi’s government will be able to reach agreement with opposition parties and push reforms through the current session of parliament, including one that paves the way for a long-awaited national sales tax. The figures are a timely fillip for the P.M. and the ruling Bharatiya Janata Party, which suffered a heavy defeat in a key election in the state of Bihar earlier this month.

Analysts expect Rajan to hold rates at 6.75 percent following the meeting in Mumbai as he targets keeping inflation under control and waits for commercial banks to pass on the cuts.

Monday’s numbers were the latest growth data to be released since the government introduced a revised formula for calculating GDP, which some analysts have criticized. They showed manufacturing, financial, insurance, trade and transport grew over 7.0 percent during the quarter, while agriculture lagged at 2.2 percent as did mining at 3.2 percent.

India’s government changed the way it calculates GDP in January, saying the new method was closer to international standards. The main change is that India now measures its economic growth at market prices to incorporate “gross value addition” in goods and services as well as indirect taxes.

The base year to calculate India’s GDP has also been advanced to 2011-12 from 2004-05. But analysts say the new data does not correlate with some other economic indicators, including last year’s industrial production figures and corporate profits.