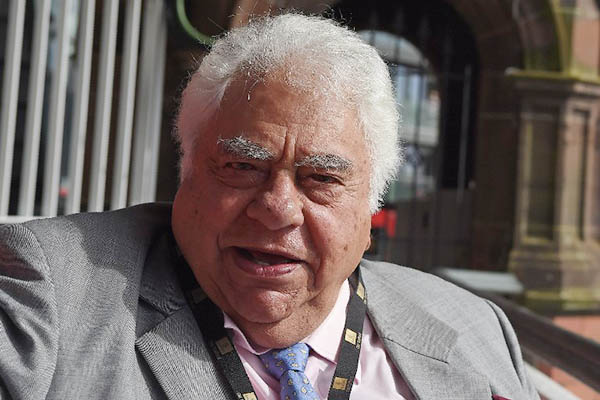 India great Farokh Engineer would like to see “relations restored” in a “delicate” situation with Pakistan so the rivals can resume bilateral cricket series.

Amid the current glut of international cricket, one of the more remarkable statistics is that India and Pakistan have not played a Test against each other since the 2007/08 season. An irony of the present stand-off is that the International Cricket Council (ICC), well aware of the huge global sporting and commercial interest generated by an India-Pakistan fixture, has admitted ‘fixing’ the draw to make sure the two nations meet during one of their showpiece events.

They got two for the price of one at this year’s Champions Trophy in Britain, with India hammering Pakistan in the group stage of the 50-over event only for Pakistan to turn the tables in stunning style with a 180-run thrashing of their neighbors in a remarkable final at a sold-out Oval in London.

There is nothing new in a freeze in India-Pakistan cricket matches. For example none of outstanding wicketkeeper-batsman Engineer’s 46 Tests in a career that ran from 1961-75 were against Pakistan.

“It’s a delicate situation there, it’s up to the government really,” Engineer told AFP during an interview at Old Trafford—the Manchester ground he came to call ‘home’ during his time with county side Lancashire. “They are saying we are having border clashes with Pakistan all the time and it just wouldn’t make sense playing cricket until relations are restored. I am all for relations being restored because basically we are the same people—it’s the British government in 1947 who created the Partition, but who am I to judge that? I like to leave that to the politicians.”

India and Pakistan went to war on Sept. 1, 1965 over the still disputed territory of Kashmir, with both sides claiming victory when a ceasefire was signed later that month. Hostilities continued to flare up and Engineer said: “All the years I played India-Pakistan were at war and never actually played a Test series.”

There were no Indian players involved in the recent World XI Twenty20 internationals in Pakistan, designed to revive top level cricket in the country after a armed attack on the Sri Lanka team bus in Lahore in 2009 turned the country into a ‘no go area’ for leading cricket nations.

Engineer played alongside Pakistan stars such as Zaheer Abbas and Intikhab Alam during Rest of the World series against England and Australia in 1970 and 1971/2 respectively caused by the cancellation of South Africa tours. As a result, Engineer had the best view in the house as the ‘other batsman’ for a portion of West Indies star all-rounder Garfield Sobers’s blazing 254 for the World XI at Melbourne—an innings Australia’s Don Bradman, arguably cricket’s greatest batsmen, labeled the best he’d seen on Australian soil.

“Sobers was brilliant—he absolutely smashed Dennis Lillee to smithereens,” recalled Engineer. “All I could keep on saying was ‘great shot Sobey’ while I was at the other end enjoying it all.”

But Engineer provided plenty of enjoyment of his own to spectators and team-mates alike during a globe-trotting career chronicled in the aptly-titled Farokh: The Cricketing Cavalier, an authorized biography written by Colin Evans, a former cricket correspondent of the Manchester Evening News, and due to be published in November.

“I fell in love with Lancashire, and I’m pleased to say they fell in love with me,” explained Engineer, 79, who went on to settle in the county long after being a key member of the Red Rose side that dominated English county one-day cricket in the early 1970s. Former Lancashire and England batsman David Lloyd, now a well-known television commentator, was in no doubt of Engineer’s value.