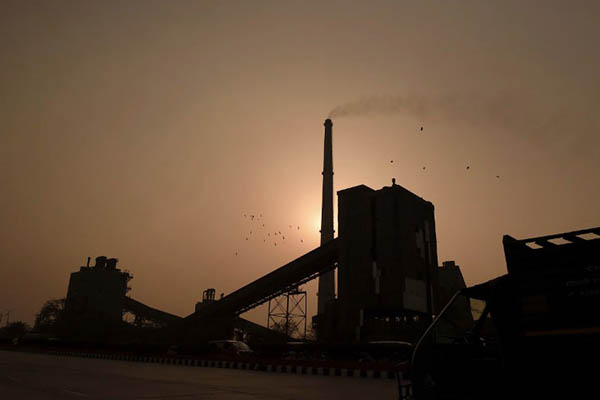 The 2.6-percent increase in production by Indian factories, mines and utilities in January from a year ago was higher than the 1.7-percent recorded in December and beat economists’ expectations. Analysts said it provided further evidence of an upturn in India’s economy, but cautioned that the rise in inflation would make it harder for the central bank to cut rates.

Consumer inflation edged up for the third straight month to 5.37 percent in February from a year earlier and 5.11 percent in January, due to higher food prices triggered by unseasonal rains. A dip in global crude oil prices and steady food costs have helped control inflation to around 5 percent from double digits in 2013, allowing the central bank to cut interest rates twice so far this year to spur growth.

Siddharth Roy, economic adviser to vehicle-to-steel giant Tata Group, said the economy appeared to be on track after the government said last month that growth would hit 7.4 percent in the current financial year. “The economy seems to be moving in the right direction. Consumer confidence seem to be returning and business expansion plans seem to be coming back on track,” said Roy. “But we are not out of the woods yet. These are only early signs that economic activity is looking to pick up.”

The data comes ahead of Reserve Bank of India (RBI)’s monetary policy meeting on April 7. The RBI made a surprise 25-basis-point cut last month, under pressure from the government and markets to reduce the cost of borrowing to bolster the economy.

Governor Raghuram Rajan however has made clear he will not rush into further cuts, saying he wants to win the battle against inflation first. The RBI has a target of bringing inflation consistently below 6 percent by January, and to 4 percent for the 2016/17 financial year.

But Rupa Rege Nitsure, group chief economist of engineering giant Larsen and Toubro sounded optimistic, saying the RBI had room to cut rates further next month. “Inflation is rising but still well below the 6 percent mark. I think the RBI will utilize the space available now to… reduce [rates] by another 25 basis points in April,” Nitsure told AFP.

The International Monetary Fund has predicted that Indian inflation will be above 6 percent in the fiscal year starting April, indicating the RBI would have to keep its policy tight in order to meet its target.

The government of Prime Minister Narendra Modi, who stormed to power last May on pledges of economic reform, foresees India growing up to 8.5 percent in 2015/16, making it the fastest-growing economy. But he has faced hurdles to enact his economic agenda since his coalition lacks a majority in the Upper House of Parliament, where protests have regularly dogged sessions.