Home Lightbox India’s Manohar to Stay On As ICC Chairman

India’s Manohar to Stay On As ICC Chairman 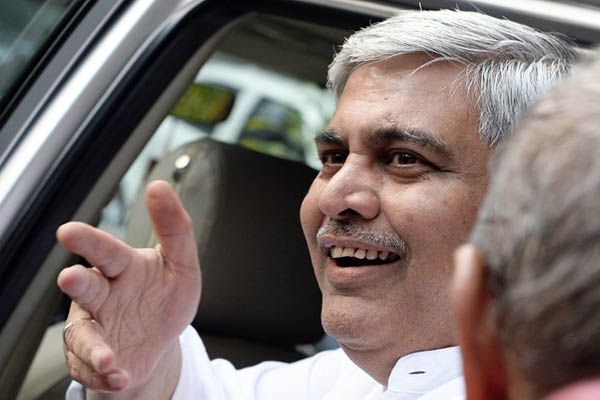 India’s Shashank Manohar has deferred his resignation as the chairman of the International Cricket Council to see through a reform program, the game’s world governing body said on Friday.

Manohar quit earlier this month in the middle of an overhaul of the ICC’s governance designed to reduce the power of cricket’s most powerful nations—India, Australia and England. He agreed to withdraw his resignation temporarily after the ICC board asked him to see through the restructuring.

“In a significant show of support for Mr. Manohar the board asked him to withdraw his resignation or at the very least defer it until the ongoing process relating to governance and financial restructuring are completed,” the ICC said in a statement.

Manohar ended his two-year stint as ICC chairman just eight months into the job after the divisions between the powerful Indian board and most of the rest of the game erupted into the open.

India had last month voted against a proposed shake-up of the ICC, fearing a curb of its earnings and clout as a result of the changes to the organization’s financial and governance structure.

Manohar had argued that the reforms would ensure “a more equitable distribution of revenues” and greater equality in the game by attaching the same weight to each member nation’s vote in board meetings.

The ICC statement on Friday quoted the 59-year-old former head of the Indian board as saying it was his duty to ensure a smooth transition. “I respect the sentiments expressed by the directors and the confidence they have reposed in me,” he said. “In the light of this, and although my decision to depart due to personal reasons has not changed, I am willing to continue as chairman.”

The Indian cricket board said it had shared its concerns over the new financial model with Manohar prior to his resignation. “It is important that the current issues are resolved to everyone’s satisfaction,” said Vikram Limaye, an administrative member of the Board of Control for Cricket in India. “We are committed to working with ICC for a satisfactory resolution of these issues.”