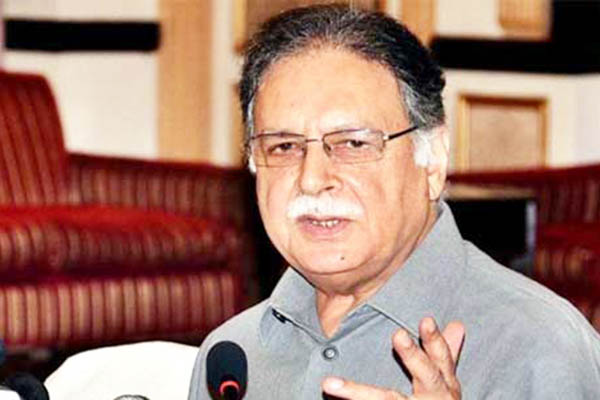 Information minister Pervaiz Rashid was forced to resign from his cabinet post on Saturday, according to reports in the local media, allegedly over his role in the leaking of a news report that referred to a rift between the civilian government and Pakistan’s military.

News channels in the country reported that Prime Minister Nawaz Sharif had asked Rashid, a PMLN stalwart, to tender his resignation, effectively sacking him from the position. They have alleged that Rashid was forced to resign following a preliminary inquiry by Interior Minister Chaudhry Nisar Ali Khan into a report by the Dawn daily.

The report claimed that senior members of the civilian government had clashed with military officials over the latter’s inaction against militants forcing Pakistan into “international isolation.” Islamabad and the military spokesman have deemed the report a “fabrication”, but subsequent moves by the government—including the Nisar-led inquiry and a temporary travel ban on the journalist who reported it—have prompted questions over why the military and government are so concerned about a “fake” story.

In a statement on Rashid’s removal from the information ministry, the Prime Minister’s Office said: “The story… published in Daily Dawn on Oct. 6 was a breach of national security.” It said the evidence available pointed to a lapse on the part of the information minister, who had been asked to step down to allow a and independent and detailed inquiry to proceed. The statement confirmed that an inquiry committee comprising senior officials of the ISI, the Military Intelligence, and the Intelligence Bureau would be formed to “clearly apportion blame, identify interests and motives and expose all those responsible for this episode for stern action in the national interest.”

Rashid’s removal comes at a particularly troubling time for the Sharif-led government, which is currently facing an anti-government protest led by opposition politician Imran Khan on Nov. 2. The Supreme Court is also due to start hearing a case about the Panama Papers leak—which revealed that Sharif’s family has offshore bank accounts—on Nov. 1.

“Breach of National Security” Hahahaha! This exposition of bully boy tactics is ridiculous and will only strengthen the world’s suspicion of our Establishments links to terrorist proxy organisations. On another note, this information Minister has proven no better at telling the unvarnished truth than his predecessors or even his uniformed subordinate in ISPR.