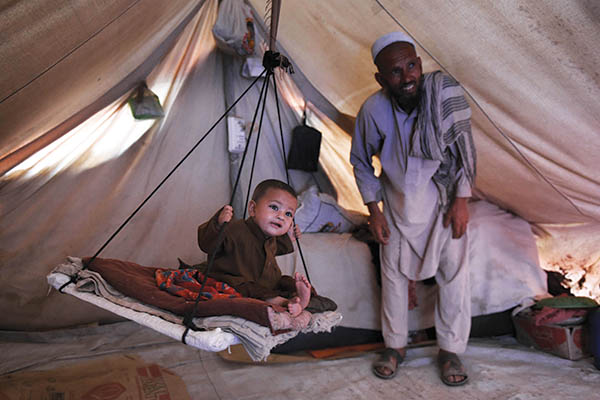 Tens of thousands of families displaced by the yearlong Zarb-e-Azb military operation in North Waziristan are now being required to sign a “contract” with the political agent representing the federal government before they can be allowed home. According to reports, the document outlines the rights guaranteed to all Pakistanis and requires the displaced to pledge fealty to Pakistan and promise to combat militants. It also warns of military operations in future should the need arise. The language of the document implies that the militancy in North Waziristan was somehow the fault of locals. The tribesmen rightly view the contract as an insult. Why, they have charged, are they required to sign such a document but not those in other strife-torn areas such as Balochistan or Karachi? The people affected by Zarb-e-Azb have already had to face innumerable hardships. The government needs to do better by them than forcing them to accept responsibility for
the same Taliban who destroyed their livelihoods.