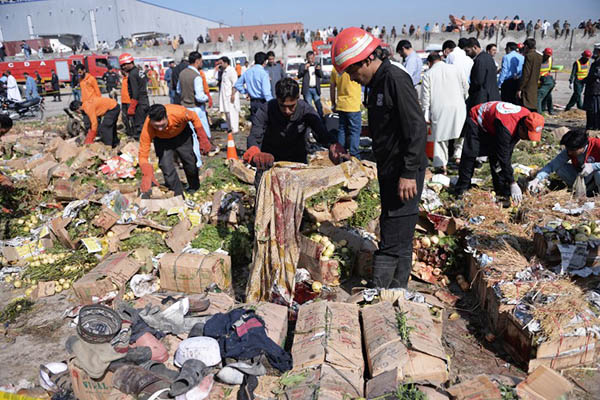 A spokesman has claimed that investigation into the attack has revealed that the Baloch separatist group’s assertions are baseless.

The Interior Ministry on Thursday cast doubt on claims by a Baloch separatist group that it detonated a bomb at a market in Islamabad that killed 24 people.

The United Baloch Army (UBA), one of a number of militant separatist outfits from Balochistan province, said it staged the attack—the deadliest in the Pakistani capital since 2008. But a spokesman for the ministry dismissed the claim.

“Initial investigations have revealed that the United Baloch Army has no links with yesterday’s attack,” the spokesman said in a statement. “Accepting responsibility by this organization for the blast is not only surprising but ridiculous.” The spokesman did not give any information on the identity of the people responsible for the attack

The UBA statement was the first time a Baloch group had claimed an attack in Islamabad, parts of which are heavily guarded. Various Baloch groups have waged a bloody insurgency for at least a decade to demand more autonomy, a greater share of their province’s mineral wealth and in some cases full independence. But their activities have largely been confined to Balochistan, a huge, sparsely populated province bordering Iran and Afghanistan.

They regularly attack security forces in the province and blow up gas pipelines. The UBA also claimed responsibility for a bomb blast on a train on Tuesday that killed 13 people in the southwestern town of Sibi.

The market hit by the blast is known to be riven with protection and extortion rackets, and talk among traders has pointed to this as a possible reason for the attack. Hundreds of businessmen and laborers gathered Thursday at the site of the blast to offer prayers for the victims and demand government action to protect them.