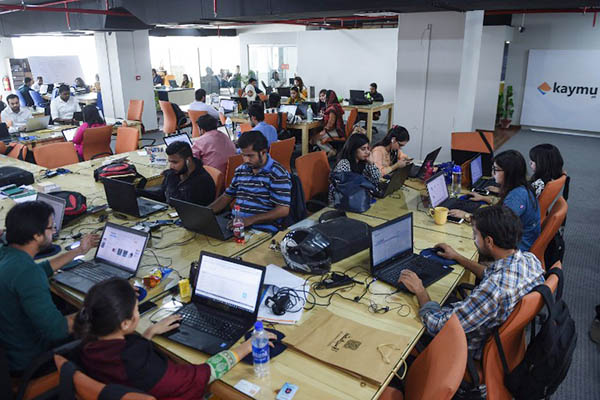 Pakistani startups are being forced to seek foreign investment after local investors cap their buy-ins.

Entrepreneurial participation and seed funding have matched the growth of I.T. startups in Pakistan over the past few years, raising hopes that a tech revolution is nigh. Buoyed by past ventures, such as Slide, Finja, Well.pk, Rozee.pk, which raked in over $1 million each in a flurry of investments, local startups are ramping up their efforts to get noticed. Unfortunately, the only significant local investment was for Well.pk, a curious oddity that appears to indicate a lack of domestic appetite for investment—or a lack of startups considered worthy of funding.

Nadeem Hussain of Planet N and Noor Abid, director of Meezan Bank, backed Well.pk. After securing $1 million last July, the e-commerce startup expanded operations by adding lifestyle products and electronics to its catalog. Rather than sourcing products from third parties and acting as a delivery logistics company, Well.pk maintains its own inventory and manages the a-to-z of e-retail itself. Despite this substantial investment, however, Pakistan-based investors are hesitant to follow the precedent set by Hussain and Abid. This has resulted in several startups becoming discouraged by domestic investors and seeking funds from international venture capital funds to fill the gaps in their requirements.

Does it really matter where the money is coming from if it’s ultimately secured? Absolutely. If the funds needed for the next Facebook come from Pakistani investors, they are more inclined to take a nurturing, hands-on approach rather than the surgical precision and cutthroat pace required by venture capitals. Industry connections also come into play and a peripheral understanding of how Pakistan’s consumer base responds to certain ventures often falls short of what is required. A solution to a local problem—and the best tech startups always start small—requires a local backer.

To be fair, Pakistani ‘angels’ and angel capital funds have committed to a few aggressive investments in the local startup scene. Home and office repair startup Sukoon, loyalty services startup PerkUp, finance solutions comparison portal KarloCompare, the Uber model for rickshaws Travly, beauty services portal BeautyHooked, and news aggregator platform Mangobaaz are among the companies wholly financed by investors based in Pakistan. But when foreign investors are willing to commit millions, compared to the average local investment cap of $180,000, start-ups have ample reason for concern.

Experts believe one reason for the comparatively stingy investments in homegrown startups is the lack of firepower of potential investors. This is a questionable stance, as traditional investments in property, non-tech businesses and other comparable verticals have continued to attract funding. Rather than a lack of funds, it appears local investors are far more apprehensive about local startups than their foreign counterparts—and that isn’t entirely unfair.

Pakistan’s startup ecosystem is unproven and has only witnessed a handful of new ventures securing noteworthy funds, let alone making a global impact. The government’s delay in legislating and regulating the startup scene is also a barrier. Neighboring India has defined set parameters for the industry and recognizes it as an integral part of the economy; Pakistan must do the same if it hopes to make a mark on the global market.

Alternately, another reason for the lack of local funds could be supply and demand. Dozens of incubators are churning out hundreds of startups per year for the perusal of a handful of local angel and venture capital firms. The investors quickly become overwhelmed by the sheer quantity of options and turn off rather than seek clarity.

Several major obstacles need to be overcome before Pakistan can expect active financial engagement from individuals and organizations looking to gamble on the next big thing. We can all help. The government must define clear regulations and enact a 10-year plan for the I.T. sector; the media can showcase start-up “heroes” to encourage investment, and incubators need to be more selective. For now, start-ups in Pakistan must look elsewhere for the big bucks.