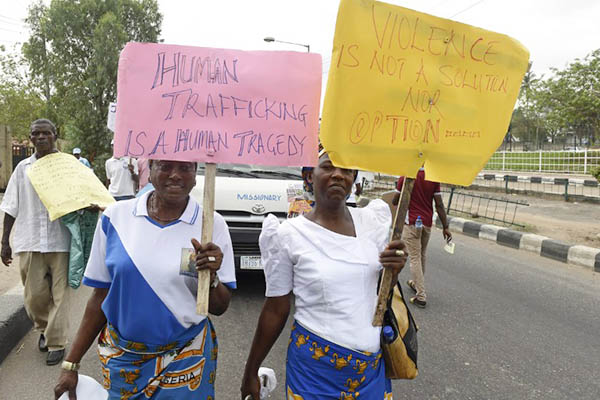 The anonymity afforded by the internet—especially in the dark web—is hindering efforts by organizations to fight human trafficking, especially the sexual exploitation of minors, experts from key groups said on Tuesday.

“The issue of the dark web, which for its form and configuration is extremely untraceable, is it makes it very difficult to find the criminals we are looking for,” Rosilyne Borland, a specialist on migrant assistance in Central and North America at the U.N. migration agency IOM, told an international conference in Costa Rica’s capital. She and other speakers told the event, focused on tourism-related sexual abuse of children, that such crimes previously could be tracked through physical locations but were now online, where they were much harder to detect because of encryption, anonymity and locations easily masked.

“Practically the whole process happens through digital means, and that makes it extremely difficult for location and identification,” said the head of Costa Rica’s PANI child welfare agency, Ana Teresa Leon. The conference heard that up-to-date figures on human trafficking were to be presented at the U.N. General Assembly later this month.

A video presentation said 46 million people worldwide were in situations of modern slavery, which is one aspect of the crime, along with the sexual exploitation of adults and minors. In Costa Rica, Leon said, there were 56 victims of sexual exploitation last year.

That “very low number,” she said, was partly explained by the difficulty in identifying victims—and that many caught up in such situations didn’t see themselves as victims.

Sex tourism is a sensitive issue for Costa Rica, which has taken steps to crack down on it. The head of the tourist board, Alberto Lopez, told the conference that, since 2010, “more than 450 businesses”—many of them hotels—have signed on to a code of conduct against the sexual exploitation of minors.