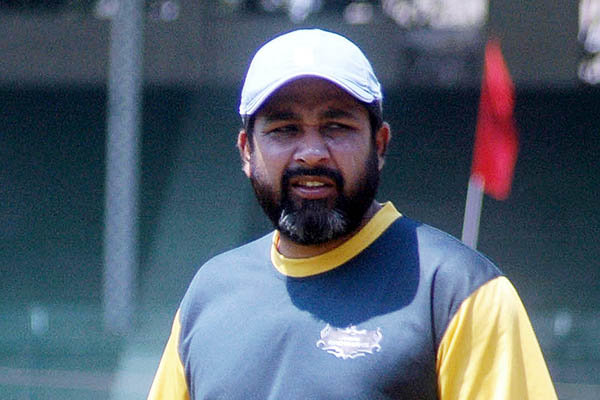 Former national team captain will shepherd the team during its upcoming Zimbabwe tour.

Former Pakistan captain Inzamam-ul-Haq was Friday appointed temporary Afghanistan cricket coach for their upcoming Zimbabwe tour, saying he was thrilled to be taking on a team whose rise has been the game’s Cinderella story.

Haq accepted a 25-day role to coach Afghanistan on their tour of Zimbabwe, where they play five one-day internationals and two Twenty20s starting from Oct. 16. “I have accepted the role of Afghanistan team coach only for the tour of Zimbabwe,” Inzamam told AFP. “It will be exciting and I would love to put their enormous passion on the right track.”

Most of the Afghan players learned the game in refugee camps on the Pakistan border after Soviets invaded Afghanistan in 1979. They burst on to the cricket world stage in 2009, graduating from Division Five to Division One in the International Cricket Council program.

Since then they have featured in three World Twenty20 tournaments, and earlier this year made their maiden appearance in the 50-over World Cup held in Australia and New Zealand. They also won a silver medal in the 2010 Asian Games in Guangzhou, China.

However they hit a speedbump in August this year, when the Afghanistan Cricket Board (ACB) decided not to extend their English coach Andy Moles’ one-year tenure, admitting communication between Moles and the team had been a challenge. Most Afghan players speak Urdu, however, and before Haq, former Pakistan players Kabir Khan and Rashid Latif also had stints as Afghanistan coach.

Haq said the ACB had been pursuing him for two years. “They offered me the role of head coach and had been after me for the last two years, and now they have asked me to help them for the Zimbabwe series, which I have agreed,” said Haq, whose batting expertise should boost the wayward Afghan team. “They are aggressive and passionate which could be both good and bad, if it is not controlled, so I will try to teach them that control and how to use their passion in the right manner.”