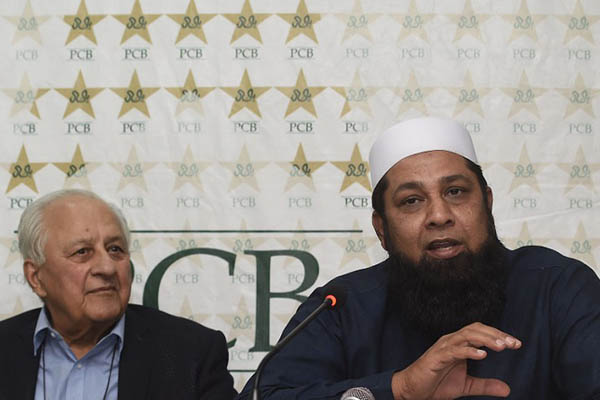 Pakistan on Monday appointed former captain and batting great Inzamam-ul-Haq as their new chief selector, part of wholesale changes following the team’s disastrous exit from the World Twenty20 in India.

The 46-year-old resigned as Afghanistan coach on Sunday to take on his new job, arguably among the most thankless in the sport with the holder routinely turfed out following the team’s failure in a high profile event.

Pakistan Cricket Board Chairman Shaharyar Khan told reporters: “Inzamam agreed to take over as chief selector and we are thankful to the Afghanistan Cricket Board for releasing him,” adding his tenure will be “until further orders.”

During his six months as Afghanistan’s coach, Haq led cricket’s up-and-comers to one-day and Twenty20 series victories over Zimbabwe and qualification for the main rounds of the World Twenty20—the high point of which was their win over eventual champions the West Indies in the group stages.

Former spinner Tauseef Ahmed, all-rounder Wasim Haider and opener Wajahatullah Wasti will round out the selection committee whose first task will be to pick squads for the tour of England where they play four Tests, five one-day and a Twenty20 starting in July.

Haq, who replaces former batsman Haroon Rasheed, said he would do his best to lift Pakistan’s cricket to its former glory. “It was my long time wish to serve Pakistan cricket,” said Inzamam who played 120 Tests and 378 one-day during an illustrious career for Pakistan. “I will try my best to be on the same page with captains and coach of the team for better results.”

Pakistan is likely to name a head coach later this month after Waqar Younis resigned following the team’s failure to reach the last four in the World Twenty20.