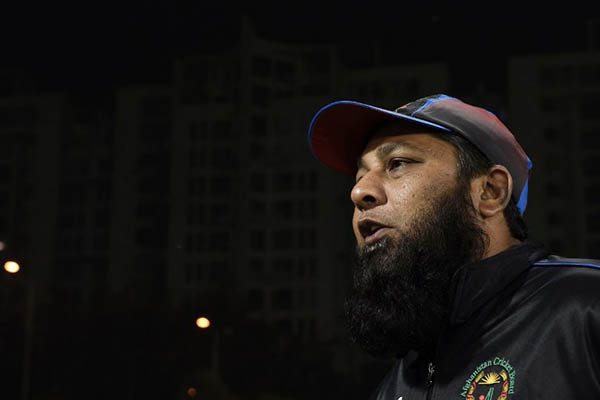 Former Pakistan cricket captain says tainted players should be given a second chance after completing their punishments for spot-fixing.

Former Pakistan captain Inzamam-ul Haq has backed tainted compatriots Mohammad Asif and Salman Butt, saying they should be given a second chance after serving stints in jail for spot fixing.

The pair, along with former teammate Mohammad Amir, were jailed in Britain after being found guilty of spot fixing at the 2010 Lord’s Test against England.

Although Amir has returned to the national team in impressive style, Asif and Butt remain sidelined and have not been included in Pakistan’s squad for the T20 World Cup starting this month in India.

“Once a person completes his sentence, he has the right to live and play and the right to do everything else,” Haq told AFP in an interview in New Delhi. “So I believe the other players should also get a chance to make a return,” said Haq, who played with the pair in the later stages of his career.

The swashbuckling batsman, who took over as coach of Afghanistan last year, was briefly in Delhi as part of his minnow’s preparations for the World Cup.

Haq, who played 120 Tests and 388 one-day internationals during his illustrious career, praised Amir for his sensational spell of bowling against India in the ongoing T20 Asia Cup in Dhaka. “The sheer fact that a person can have so much talent, that even after a long hiatus he can bowl with the same vigor and precision” is amazing, he said. “The way he bowled against India it didn’t look as if he was making a comeback after five long years. It was a treat to watch.”

Amir’s five-year ban from the sport was lifted last April by the International Cricket Council, while Asif and Butt became eligible last September for national and international matches. But the Pakistan Cricket Board has said the pair will have to work harder to impress before returning to international cricket.

They returned to domestic cricket in style in January, with Butt smashing a century and left-armer Asif picking up two wickets in their first outing in the one-day league. All three were found guilty by a British court of arranging deliberate no-balls in return for money in a complex betting scam. They were jailed in 2011 and were released at different times the following year.

Amir returned to the national side for the limited-overs tour of New Zealand in January and got down to business right away with his wicket-taking ability intact.

Haq said he believes Pakistan still stands a chance in the World T20 starting March 8 despite disappointing batting in the Asia Cup. “T20 is an unpredictable format, so you cannot rule out any team’s chances,” said Haq, who has 8,830 Test runs to his credit.