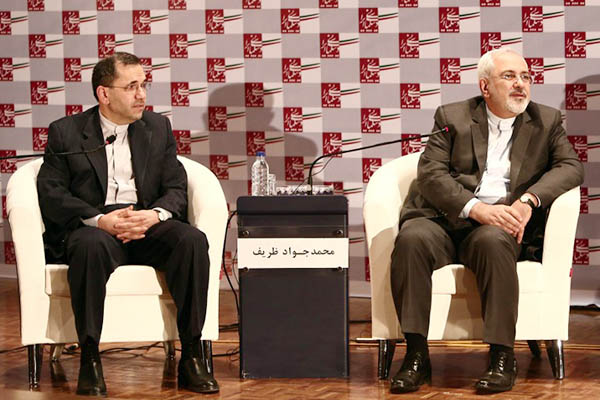 Tehran says American move is against international law and unenforceable.

Iran said on Tuesday it was “completely unfair” for U.S. lawyers to try to seize its overseas assets as compensation for the victims of the September 11, 2001 attacks.

In 2012, a New York judge ordered Iran to pay $7 billion in damages to the families and estates of victims from the attacks, arguing that the country had aided Al Qaeda by allowing the group’s members to travel through its territory. Since Iran rejects the accusation and refuses to pay the money, the lawyers are now trying to access $1.6 billion of Iranian money frozen in a Luxembourg bank, according to a report in The New York Times on Monday.

“Some opponents of the Islamic republic of Iran… have tried to broaden a U.S. domestic law—which is completely unfair and baseless—to apply outside America,” said deputy foreign minister Majid Takht Ravanchi, according to the IRNA news agency. The Iranian central bank’s legal affairs director Ardeshir Fereydouni said Tehran’s assets cannot be touched before a verdict.

Quoted by IRNA, he also called the U.S. efforts “against international law” and “unenforceable.”

Billions of dollars in Iranian assets were frozen in the U.S. and Europe as part of efforts to push Tehran into a nuclear deal with world powers, which was finally signed in July 2015. Some Iranian assets remain frozen despite the deal, in part due to ongoing compensation cases—not just for the 2001 attacks but also the bombing of a U.S. Marines barracks in Lebanon in 1983 that killed 241 Americans.

“Iran’s frozen money in Luxembourg belongs to the period before the [nuclear] negotiations and Iran’s [central bank] lawyers are engaged in consultations to obtain it,” Ravanchi said. He said there had been no new developments in recent days.

Default judgments from various cases against Iran have so far added up to more than $50 billion in compensation, although no money has yet been delivered.

The U.S. Supreme Court ruled last year that $2.1 billion frozen in a Citibank account in New York should be given to the U.S. victims of the 1983 bombing—a verdict Iran is contesting at the International Court of Justice.