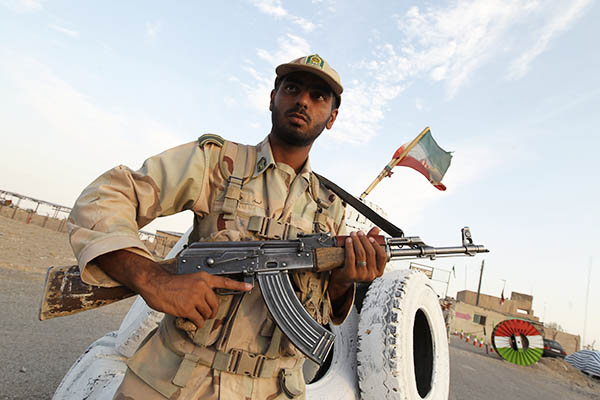 Military chief says if Islamabad does not target Sunni extremists along border region, Tehran will have to take unilateral action

The head of Iran’s military on Monday warned Islamabad that his country’s armed forces would target militant sanctuaries within Pakistan if Islamabad does not target Sunni extremists who stage cross-border attacks in the Shia-majority nation.

“We cannot accept the continuation of this situation,” said Major General Mohammad Baqeri while referring to the killing of 10 border guards in the restive Sistan-Baluchestan province by militants last month. Tehran has alleged that members of the extremist Jaish-ul-Adl killed the guards by using long-range guns from within Pakistan. In a statement issued on state media at the time, Iranian police had said “the Pakistani government bears the ultimate responsibility of the attack.”

The Sistan-Baluchestan province has long been plagued by drug smuggling gangs and separatists. Unlike the rest of Iran, the population of the province is predominantly Sunni Muslim. Jaish-ul-Adl has often tried to prey on this sectarian divide by accusing Tehran of discriminating against Sunni Muslims and the Baloch ethnic group in the region. The militants claimed responsibility for attacks that killed eight border guards in April 2015 and 14 border guards in October 2013.

“We expect the Pakistani officials to control the borders, arrest the terrorists and shut down their bases,” said Baqeri. “If the terrorist attacks continue, we will hit their safe havens and cells, wherever they are,” Reuters quoted him as telling IRNA, the state news agency.

This is not the first time Iran has threatened to stage unilateral strikes in Pakistan. In 2014, Tehran warned it would deploy troops to Pakistan to retrieve five border guards kidnapped by Jaish-ul-Adl. The diplomatic crisis was averted after a cleric brokered peace with the militants. Four of the guards were eventually released; the militants killed the fifth.

Im a Shia but a Pakistani first. Iran or whoever crosses the border or hits at my Army , he’s an aggressor, my enemy , he is to be killed without mercy and thats all. FC is enough to tell them who’s the boss.

Iranians want to try it?Let them. We have seen their butts kicked in Syria. It was because of Russia that today the mazar of bibi Zainab a.s is standing.we are not ISIS nor Saudis who would be impressed by their empty and stupid threats.

Secondly, look at the guy who’s threatening us! A character right out of Cartoon Network who is babbling at a very wrong time. IAI nexus !