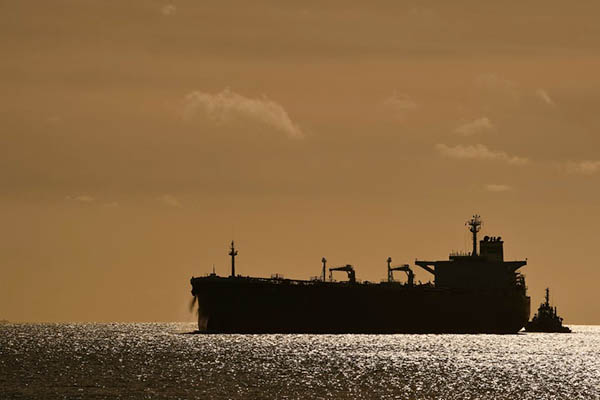 Armed Iranian boats attempted to seize a British tanker in strategic Gulf waters on Wednesday but were driven off by a Royal Navy frigate, CNN reported.

The Iranians ordered the British Heritage oil tanker, which was crossing into the Strait of Hormuz area, to change course and stop in Tehran’s nearby waters, CNN said, citing two American officials.

A U.S. aircraft shot video of the incident, which ended when the HMS Montrose—which was escorting the tanker—trained its guns on the boats and successfully warned them to back off, the channel said.

Iran’s President Hassan Rouhani had warned Britain of “consequences” on Wednesday over the detention of one of the country’s oil tankers off the coast of Gibraltar. “I point out to the British that you initiated insecurity [on the seas] and you shall grasp the consequences of it later on,” Rouhani said in comments to the cabinet broadcast by state TV.

The 330-meter Grace 1 tanker, capable of carrying two million barrels of oil, was halted on Thursday by police and customs officers in Gibraltar—a British overseas territory on Spain’s southern tip—with the aid of a detachment of British Royal Marines.

Iran condemned the detention as an “illegal interception,” but Gibraltar officials said that the cargo was believed to be destined for Syria, which is subject to European sanctions. Iran denied this, saying that the destination “was somewhere else.”

The latest reported incident comes after Iran said it had lost patience with perceived inaction by European countries more than a year after U.S. President Donald Trump unilaterally pulled the U.S. out of a landmark 2015 international agreement curbing Tehran’s nuclear program, and started to impose punishing sanctions, raising tensions between the U.S. and Iran.