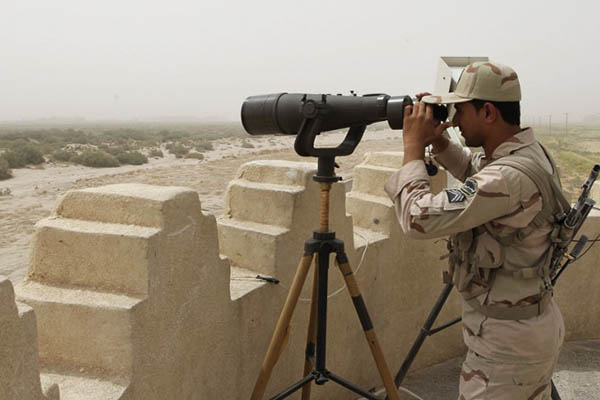 Islamabad says it is willing to act on any intelligence but claims it has not found any indication the border guards were brought into Pakistan.

Tehran on Wednesday issued a warning to Islamabad after reports emerged that an Iranian soldier abducted and taken across the border into Pakistan by Sunni extremists had been executed.

Iran’s Foreign Minister Mohammad Javad Zarif expressed “grave concern” about the fate of Jamshid Danayifar, who was kidnapped along with four other border guards on Feb. 6 by rebel group Jaish-ul-Adl.

“We did all we could to secure their release,” Zarif told state television after a cabinet meeting. “But it is disappointing that the Pakistani government has failed to secure its borders, and allows terrorists to operate on its soil.”

Interior Minister Abdolreza Rahmani-Fazli meanwhile warned—without elaborating—that Iran “reserves the right to utilize all its ability in its border areas.”

Jaish-ul-Adl said on its website on Sunday that Danayifar had been killed, warning of further executions should Tehran refuse to “release Sunni prisoners.”

In a statement, the Pakistan Foreign Office said it was “deeply saddened” over the reported killing and condemned the terrorist act. “In the wake of the border incident, the Government of Pakistan has extended all possible support in tracking the whereabouts of the missing Iranian border guards,” it said, adding that Islamabad was ready to act on any “credible and actionable” intelligence. “However, our investigations have neither corroborated nor established the entry into or presence within Pakistani territory of the Iranian border guards,” the statement added.

The rebel group, which took up arms in 2012 to fight for what it says are the rights of Iran’s minority Sunni population, is active in the restive Sistan-Baluchestan province that borders both Pakistan and Afghanistan. In November it claimed responsibility for killing a local prosecutor, a month after its rebels killed 14 Iranian border guards in an ambush.

U.N. Secretary General Ban Ki-moon condemned in a Tuesday statement the reported killing as an “appalling act” and urged that the perpetrators are brought to justice.

A spokesman for the U.S. State Department, Alan Eyre, called for the “swift release” of the abducted soldiers while expressing hope the reported execution—that came as Iran was celebrating its Persian New Year—was not true.

Shortly after the abduction, Iranians launched a campaign on Twitter, despite the micro-blogging service being banned in Iran. Demanding the soldiers’ release, the #FreeIranianSoldiers hashtag went viral in February. Some Iranians have used social media to hit out at the Tehran government for its inability to bring home the young soldiers, who were serving their 24-month mandatory military service.

Border guards chief Hossein Zolfaghari has admitted that there was “negligence” in the lead-up to the kidnapping, saying those responsible were suspended, with some facing prosecution.