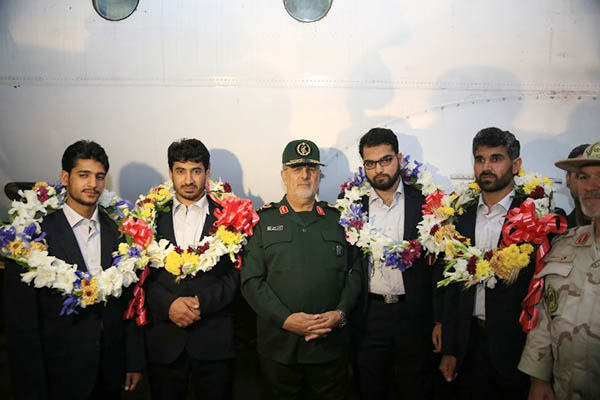 The four Iranian border guards rescued by the Pakistan military from militants returned on Friday to Tehran to a hero’s welcome, state television reported.

Live footage showed the soldiers dressed in suits stepping off an Antonov 74 transport aircraft and welcomed by their commander, Brigadier General Mohammad Pakpour who heads the Revolutionary Guards ground forces.

The Pakistan military said in a statement on Thursday that it had rescued the soldiers from a militant group in the country’s restive southwest.

The statement said the rescue took place in Chaghi district of Balochistan province, near the Afghan border, but it did not say what date it took place.

In October last year, the Sunni jihadist group Jaish al-Adl abducted 12 Iranian security personnel near the border with Pakistan. Five of them were later released and handed back to Iran by Islamabad.