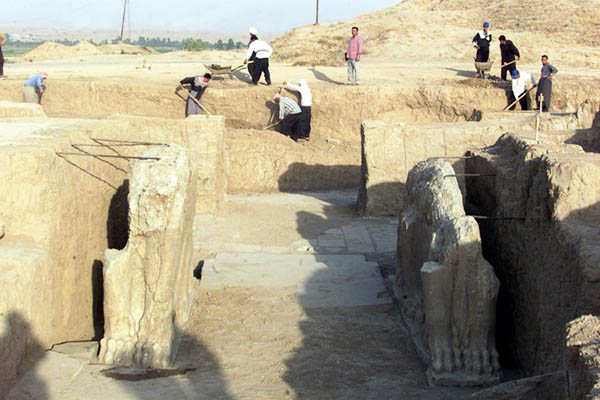 The bulldozing of the ancient Assyrian archaeological site of Nimrud is only the latest in a string of attacks by the Islamic State group on heritage in Iraq.

Here is a short description of eight of the most significant sites and monuments the jihadists have destroyed as part of what looks increasingly like a systematic campaign to erase the region’s history:

An ancient Assyrian city south of Mosul on UNESCO’s tentative world heritage list, founded in the 13th century B.C. and originally called Kalhu. According to the Iraqi government, I.S. militants bulldozed the site on March 5. The U.N.’s cultural body called the destruction a “war crime.”

Iraq’s most important museum after Baghdad’s, it has four main halls. In a video released by I.S. on Feb. 26, militants are seen using sledgehammers to smash statues—some from Nimrud and from Hatra, a Roman-period site, which is also under threat.

According to antiquities officials, around 90 objects were destroyed or damaged, most of them originals. The rampage was compared to the Taliban’s 2001 dynamiting of the Bamiyan Buddhas in Afghanistan.

On July 24, 2014, I.S. militants completely leveled the tomb of Jonah, also known as Nabi Yunus, one of Mosul’s best-known shrines. They rigged the popular pilgrimage site with explosives and blew it up in front of a large crowd.

Thousands of books and rare manuscripts were burned in February. It is not clear what damage the library itself suffered, but UNESCO described the destruction of the books as a new phase in the jihadists’ campaign of “cultural cleansing.”

Pictures surfaced in January showing that the walls of the citadel in Tal Afar, a city west of Mosul, had been badly damaged. The destruction is thought to have taken place in late December or early January.

Abu Tammam was a ninth century Arab poet, who lived in Mosul and wrote the Hamasah, a collection of 10 books of poems. His statue was taken down in June.

An important cathedral first established around 1,300 years ago in the city of Tikrit. Known as the “Green Church” or Mar Ahudama, it was the scene of a massacre of Assyrian Christians by Mongol invaders in 1258. It was destroyed in late September or early October.

Shrine of the Forty

In late September, the Shrine of the Forty (Arbaeen) in Tikrit was blown up. The monument marked the graves of 40 soldiers from the army of Caliph Omar ibn Khattab during the Islamic conquest of Mesopotamia in 638 A.D.

Destroying Nimrud proves something else: “The the Islamist State emirs don’t even understand either the Koran or Prophet Mohammed. Propher Mohammed hated idolaters,
but that meant people who worshiped wooden or clay statutes as deities. The statues in Nimrud are historical relics of an ancient civilization. Nobody goes there to worship them.
People go there to see how people lived 3.000 years ago, and appreciate the life we live today with better medicines, trips to the moon, global travel, etc.- compared to the cave lives of those millennia. Older monuments, therefore, are historical encyclopedias and artifacts of ancient engineering, not places of idolatric worship. Nikos Retsos, retired professor