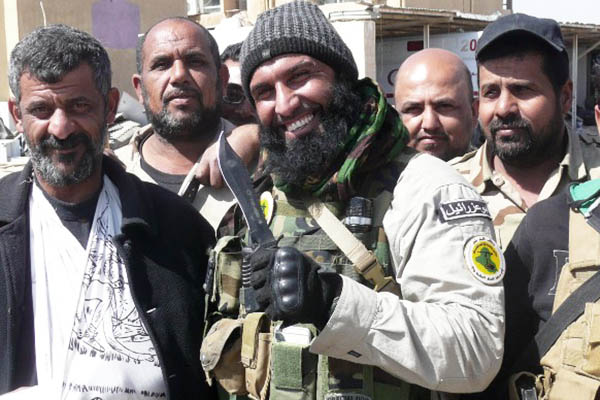 Iraqi forces have halted a massive operation to retake the city of Tikrit from the Islamic State group to avoid casualties and protect infrastructure, Interior Minister Mohammed Ghabban said Monday. But it is unclear how stopping operations against the jihadists for anything other than an extended siege would change either of those situations, unless Iraqi forces receive additional external support such as airstrikes.

While Ghabban is responsible for his ministry’s forces, he is not the overall commander of the operation, and the myriad militias and army forces involved could have other plans. “What remains today is a very small part and it is the center of the city of Tikrit,” Ghabban said at a news conference in Samarra, north of Baghdad. “We stopped first of all to limit losses in the ranks of our heroic forces,” and secondly to protect infrastructure in the city, he said.

Ghabban’s assertion that most of the city has been retaken is also called into question by the fact that pro-government forces were still fighting to retake the Qadisiyah area in north Tikrit at the weekend.

The Islamic State group, which overran large areas north and west of Baghdad last year, has littered Tikrit with bombs, rigged houses with explosives and built other defenses such as trenches and dirt barriers, officers say. Lines in the two-week-old Tikrit operation have been static for days and commanders in the army as well as allied paramilitaries repeatedly said after retaking outlying areas that they were stopping short of launching a final assault on the city center.

Saadi said that he asked the defense ministry to make the request to the coalition, but that “no air support” from foreign allies—a potential game-changer in the Tikrit deadlock—had yet been provided.