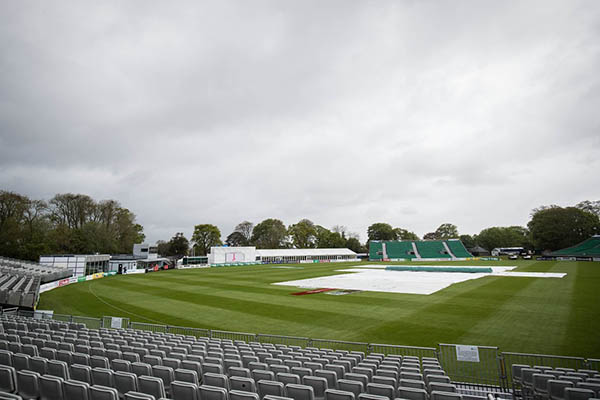 Ireland will be huge underdogs when they face Pakistan in their inaugural men’s Test match at Malahide on Friday. But several members of their squad already know what it’s like to cause a huge upset against Pakistan, having played in the Ireland side that knocked the Asian giants out of the 2007 World Cup in the Caribbean with a stunning three-wicket win in Jamaica.

It was the stuff of fairytales with Ireland, a team of part-timers containing school teachers, farmers and postmen defeating the Asian giants—and on St. Patrick’s Day as well.

One of the few green-tinged pitches in the West Indies, and thereby reminiscent of surfaces at home in Ireland, was matched by fans wearing Irish green shirts in a jubilant crowd at Kingston’s Sabina Park.

The fairytale soon became a nightmare, however, when Pakistan coach Bob Woolmer, the former England batsman who in his previous development role with the International Cricket Council had done much to raise the standard of non-Test nations, was found dead in his hotel room the next morning.

Ireland dismissed Pakistan for a meager 132 with fast bowler Boyd Rankin—set to be involved in the Test—taking three wickets.

Ireland were soon 15 for two before an innings of 72 from Niall O’Brien, also in the Test squad, got them back on track before now-retired captain Trent Johnston won the match with a six off Azhar Mahmood.

“It was the start of something special,” Johnston told The42.ie website. “The start of an amazing journey and a day when the rest of the world sat up and took notice of us as a cricketing nation.”

Ireland’s victory came just 48 hours after they had exceeded many people’s expectations by playing out a tie with another Test side in Zimbabwe. “I was lucky I won that toss,” said Johnston, who was also rightly proud of the “bloody good cricket,” Ireland played against Pakistan. “We were a bunch of amateurs going to a World Cup and we had absolutely nothing to lose,” he added.

Irish joy was quickly tempered by widespread mourning for Woolmer, whose sudden death gave rise to a host of wild conspiracy theories. Although no one knew it at the time, Ireland’s win perversely damaged the cause of aspiring cricket nations.

Pakistan and arch-rivals India were both knocked out in the first round, a huge blow to organizers banking on their fans to pack out grounds later on, as well as broadcasters who had paid heavily for television rights in the subcontinent.

The ICC, as much a club for its leading members as a global governing body, soon decided a repeat had to be avoided at all costs. That outlook has led to next year’s World Cup in England being shrunk to a 10-team event, with an all-play-all group stage.

Ireland, however, will not be there after missing out in a 10-team qualifying tournament where only Afghanistan and the West Indies made it through to the finals.