Home Lightbox Irfan Wants to Excel in the World Cup

Irfan Wants to Excel in the World Cup 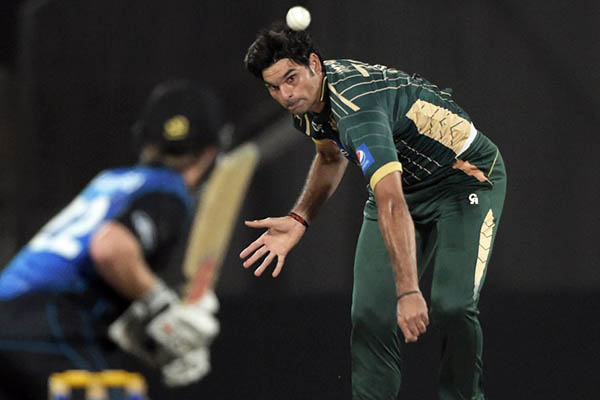 Paceman hopes he is as effective in this year’s World Cup, as Wasim Akram was in 1992.

Paceman Mohammad Irfan aims to make an impression both on the field at the World Cup as well as off it, which isn’t hard for a man who stands at seven feet one inch.

“I know people notice me because of my height and I always try to oblige them by posing for a photograph,” said Irfan. “I will be ready to pose with fans in Australia and New Zealand but will remain focused on my job—to bowl my team to victories until we win the World Cup.”

When Irfan toured South Africa with Pakistan early in 2013, fans were desperate to have a photo with the tallest-ever international cricketer. “It was big fun,” remembers 32-year-old Irfan. “I had no qualms as I am very down to earth and when people request a photo, wanting to compare their height against mine it becomes more fun for me.”

On the field, however, Irfan’s top priority remains to unsettle batsman. “It [the World Cup] is a big event and every player has a desire to play,” said Irfan. “I want to do what Wasim Akram did for Pakistan in the 1992 World Cup.”

Akram anchored Pakistan’s only World Cup title in Australia and New Zealand 23 years ago, finishing as the player of the tournament with 18 wickets. Pakistan captain Misbah-ul-Haq is confident that Irfan can provide the x-factor on the fast, bouncy tracks of Australia.

“Saeed Ajmal’s absence has weakened our bowling,” said Haq of the ace off-spinner who had to withdraw from the event because of an illegal bowling action. “But I am confident that with his height Irfan can be the x-factor for us.”

Irfan knows his strengths, which come as a result of his imposing size. “It feels good that I perform for Pakistan. It’s my greatest desire to do well for Pakistan so that people remember me with good words when I finish my career.”

His giant stature makes him a dangerous bowler as each ball is released from a height rarely experienced by batsmen. If pitched short, the batsman needs to tackle it with a jump and if pitched full, it requires guile to dig it out.

But it hasn’t always been an easy ride for Irfan. He used to find it difficult to get a pair of shoes to fit while finding a bed to cater for him was just as frustrating.

In his younger days, people on the streets would make fun of this gentle giant. Unable to make a breakthrough in the sport, Irfan once made ends meet by working in a pipe factory, earning just Rs. 300 a week.

“I had quite a few problems because of my height,” recalls Irfan. “It was problematic sleeping at home, whatever kit I used to bring was not fit and I didn’t get proper sized shoes. But since playing for Pakistan these problems have been sorted out.”

Team managers on tour, however, still have to make sure hotels supply special beds.

When Irfan was selected for the tour of England in 2010, it was a dream come true, but things didn’t go his way. He was instantly discarded as someone “not ready for international cricket” after failing to get a single wicket in his first two one-day internationals.

But his career was revived two years later and on the tour of India in December 2012 and South Africa he became an instant hit. Irfan took 11 wickets in Pakistan’s 3-2 defeat in South Africa and cemented his place in the team as spearhead of the attack. But medical experts warn his unique body requires proper handling.

He played in most of the matches in Pakistan’s series against South Africa in the United Arab Emirates late in 2013 and was left seriously injured. He missed both the Asia Cup and World Twenty20 in early 2014.

But extra work in the gym and close attention by medical staff helped him stage a comeback in the New Zealand series and he was Pakistan’s best bowler with nine wickets in the 3-2 defeat.