Ironies of the Blasphemy Law 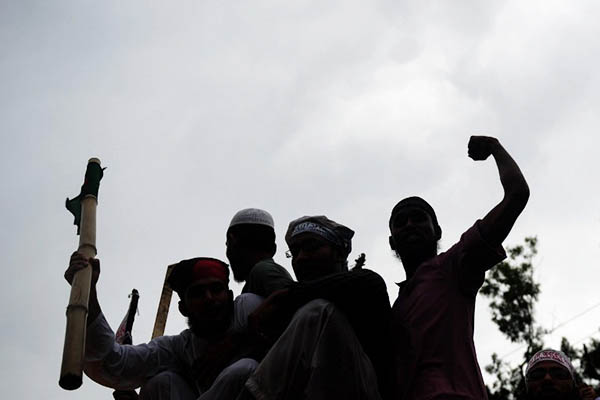 Interior minister Ahsan Iqbal, who narrowly escaped death at the hands of a “blasphemy killer,” comes from a family that was responsible—during Nawaz Sharif’s first term as prime minister—for setting capital punishment as the minimum penalty for insulting Islam’s Prophet. His mother, Appa Nisar Fatima—the daughter of Chaudhry Abdul Rehman Khan, a famous Ahrar Party member from Jalundhar devoted to the cause of punishing blasphemers—was the driving force behind the promulgation of the current anti-blasphemy law, often used to target the very Christians whose gathering Iqbal was attending in his constituency of Narowal when he was attacked.

Fatima was a Jamaat-e-Islami lawmaker in 1986 when she took up the blasphemy cause. Writing in daily Jang on Jan. 12, 2011, Ansar Abbasi noted that he and a number of conservative lawyers in Lahore got together in 1984 to file a petition before the Federal Shariat Court, asking for a law that would punish insults to Islam’s Prophet. This was prompted by a July 1984 speech by human rights activist Asma Jahangir in which she had allegedly insulted Islam’s Prophet.

On this, Fatima raised the issue in Parliament and presented the infamous 295C clause of the Pakistan Penal Code. While lawmakers approved it, then-law minister Iqbal Ahmad Khan changed the text at the last minute to assign “death or life” as punishment for blasphemy. On this, Fatima took the matter back to the Federal Shariat Court, claiming punishment for blasphemy was “hadd” (mentioned in the Quran) and could not be less than death.

Hearings in the matter started on April 1, 1987. Advocate generals from all four provinces agreed with the petition and the judges agreed to declare death as the sole punishment. Dr. Tahirul Qadri, then adviser to the Federal Shariat Court, held that blasphemers could be put to death before even establishing evidence of intention. The court then gave the government until 1991 to amend the Penal Code Section 295C. P.M. Nawaz Sharif wanted to challenge the verdict, but was forced to accept it after being informed that any further changes could cause unrest. The same chaos plagues us today: any discussion of the blasphemy law must be tempered with caution lest lawmakers risk become targets—much like the PPP’s Salmaan Taseer in 2011. Or the PMLN’s Ahsan Iqbal today.

What goes around comes around – hope his mum realises that now