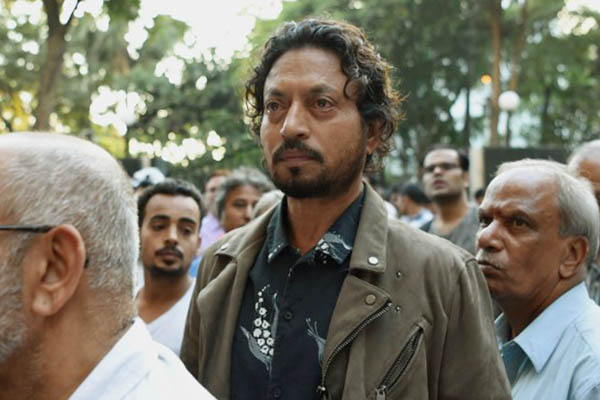 Bollywood star confirms he has been diagnosed with neuroendocrine tumor

Bollywood star Irrfan Khan, known internationally for his roles in blockbusters Life of Pi and Slumdog Millionaire, shocked fans on Friday by revealing he has a rare tumor.

In a statement addressing speculation by fans and the media over his health, Khan said he has been diagnosed with a neuroendocrine tumor. The disease affects the body’s hormonal messaging system and studies suggest it afflicts just 35 in 100,000 people.

“Learning that I have been diagnosed with neuroendocrine tumor as of now has admittedly been difficult, but the love and strength of those around me and that I found within me has brought me to a place of hope,” Khan said on Twitter. “To those who waited for my words, I hope to be back with more stories to tell,” he said, adding that he would leave India for treatment.

Referring to rumors about his illness, Khan said a neuroendocrine tumor “is not always about the brain and googling is the easiest way to do research.”

The 51-year-old Indian actor, who was in the 2016 film Inferno alongside Tom Hanks, is one of Bollywood’s most globally-recognized exports, with a stellar career at home and in Hollywood. He had been scheduled to start work on a film by Bollywood director Vishal Bharadwaj, who recently announced the production had been postponed due to Khan’s illness.