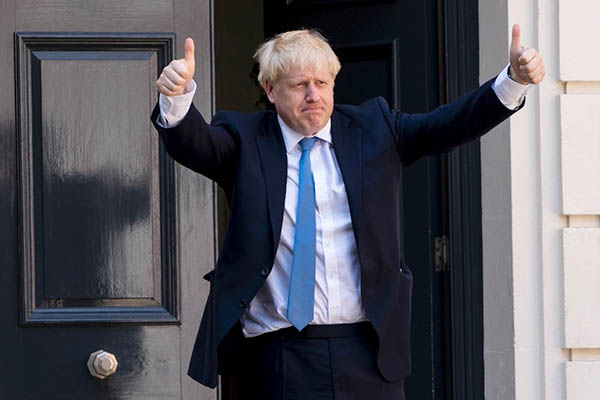 Could the U.K. prime minister’s decision raise the prospects of a snap election?

Prime Minister Boris Johnson’s decision to suspend parliament from mid-September until Oct. 14—just two weeks before Britain is set to leave the E.U.—has been called a “constitutional outrage” by critics. But what is the legal standing of Johnson’s decision—and could it make a snap election more likely?

What has Johnson done?

Johnson said he would suspend—or prorogue—parliament in mid-September, when M.P.s don’t usually sit anyway due to the party conference season. But they will also have an extra week off in October, giving anti-Brexit lawmakers limited time to legislate against Britain leaving the E.U. without a deal on Oct. 31.

M.P.s were expected to vote against suspending parliament for conference season this year, but Johnson used his executive powers to quash those attempts, leading House of Commons Speaker John Bercow to call it a “constitutional outrage.”

Does the P.M. have the right to suspend parliament?

Johnson argues he is merely following convention, in which the prime minister annually prorogues parliament around this time, ahead of spelling out the government’s program in the Queen’s Speech.

Constitutional experts agreed that Johnson, who only took over last month, was within his rights to make the move. “This isn’t unusual, this is what happens at the end of every parliamentary session… and you would expect a new government to do this,” said Maddy Thimont Jack, an analyst at the Institute For Government think-tank. “There is, theoretically, absolutely nothing wrong with this,” added Robert Craig, a constitutional expert at Durham University.

Why are some M.P.s angry?

Johnson’s opponents don’t believe that he is merely setting out his domestic agenda, but is instead trying to limit the time in which parliament could potentially handle the complicated legislation needed to prevent a no-deal Brexit. “It is blindingly obvious that the purpose of prorogation now would be to stop parliament debating Brexit and performing its duty in shaping a course for the country,” said Bercow.

Can the courts stop it?

There is a legal case already running in Scotland, and another in the pipeline in England, arguing that suspending parliament to force through Brexit would be improper. But proving that is Johnson’s motivation is very difficult, said Craig.

“That case cannot work unless the prime minister says something stupid like ‘I’m doing this to achieve Brexit’,” Craig said. “He hasn’t said that, he’s said ‘I’m doing this to set forward bills and a program for my premiership’. That’s clever.”

The case is made more difficult by the fact that M.P.s will still have two weeks between conference season and the deadline to debate Brexit, he added.

Could the Queen have stepped in?

There were some calls for Queen Elizabeth to withhold her assent, but the monarch is bound by convention and approved the request. “She must act in accordance with the advice of the prime minister; it’s the oldest rule in the constitution,” said Craig.

M.P.s will still sit for a total of around four weeks before Oct. 31, meaning that stopping no-deal “is definitely still possible,” according to analyst Thimont Jack.

Previous legislation forcing Johnson’s predecessor Theresa May to ask for a Brexit deadline extension took two days to pass, but the process could be much more difficult this time around, warned Craig.

M.P.s will need to find a way of taking control of the parliamentary timetable, and even if they succeed, Johnson’s “prerogative powers,” which give the government control over treaties, present a “big problem,” said Craig. “If you pass an act that affects the prerogative, then you have to get Queen’s consent, which requires a minister to approve it.”

Does it make an election more likely?

With the legislative route looking more arduous, M.P.s could decide that defeating Johnson in a vote of no confidence and triggering a general election is the best path forward. M.P.s would have 14 days in such a scenario to form an alternative government that could sign a Brexit extension.

But they have so far failed to unite around a lead candidate. If Johnson or an alternative figure cannot win a confidence vote within the 14 days, a general election would be triggered. But there is no guarantee that it could take place before Oct. 31.