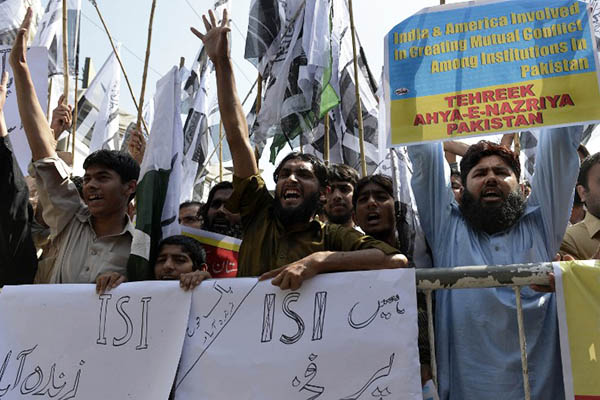 Pakistani intelligence sought to tap worldwide Internet traffic via underwater cables that would have given the country a digital espionage capacity to rival the U.S., according to a report by Privacy International.

Pakistan was in talks with a European company in 2013 to acquire the technology but it is not clear whether the deal went through—a fact the rights organization said was troubling. “These cables are going to route data through various countries and regions,” said Matthew Rice, an advocacy officer for Privacy International. “Some will go from Europe to Africa and all the way to Southeast Asia. From my reading that’s an explicit attempt to look at what’s going on.”

Traffic from North America and regional rival India would also be routed via the cables, he said.

The report, based on what it called previously unpublished confidential documents, said the data collection sought in the ISI’s proposal “would rival some of the world’s most powerful surveillance programs” including those of the United States and Britain.

A spokesman for Pakistan’s military said he was not able to comment on the issue at the present time.

Last month Pakistani rights campaigners and opposition lawmakers urged Islamabad to protect the privacy of its citizens after leaked top-secret documents appeared to show British intelligence had gained access to almost all the country’s Internet users. Pakistan is also in the process of debating its own cyber-crime bill, which rights campaigners say threatens to curtail freedom of expression and privacy in its current form.

Rights groups also expressed concern over a provision that allows the government to share intelligence with foreign spy agencies, such as the American National Security Agency, and the mandating of service providers to retain telephone and email records for up to a year.