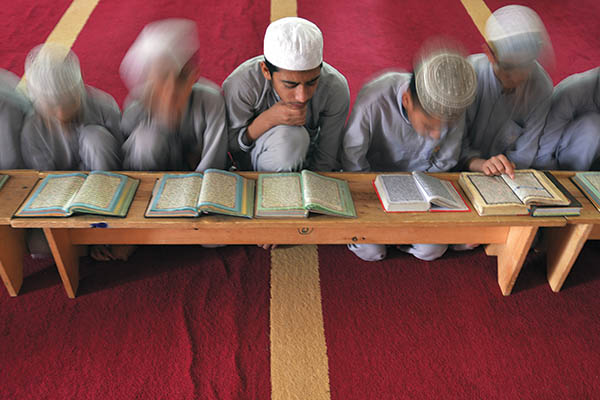 Pakistan on Friday said it has agreed with the country’s clergy to introduce reforms in madrassas to bring them in line with conventional schools, curbing hate speech and extremist narratives.

The announcement came just before Prime Minister Imran Khan’s visit to Washington for a Monday meeting with President Donald Trump, whose administration continues to press Pakistan over terrorist financing and curbing militancy.

The government will register more than 30,000 madrassas, which will teach subjects like English, mathematics and science, Federal Minister for Education and Professional Training Shafqat Mahmood said. He said the government would conduct their exams and is aiming for a first batch next June, although that is not a firm goal.

Pakistan’s madrassas have long been accused of promoting extremist narratives and have been dubbed “nurseries of extremism.”

“There will be no preaching of hate speech against any religion or sect,” the minister said. “We will look at their curriculum to see there is no hatred against any sect or faith,” he added.

Pakistan pledged to crack down on madrassas suspected of fostering extremism following a school massacre by the Taliban in December 2014 that left more than 130 children dead, but the move faces stiff resistance from conservatives.

Madrassa reforms attempted by the past governments have failed due to pressure from the clergy.

Pakistan is a Muslim-majority society and, despite misgivings about madrassas, clergy are generally well respected.

In another move ahead of Khan’s U.S. trip, Pakistan on Wednesday detained Hafiz Saeed, the alleged mastermind of an attack on the Indian city of Mumbai in 2008 that killed more than 160 people.