Islamabad Cracks Down on Bill Defaulters 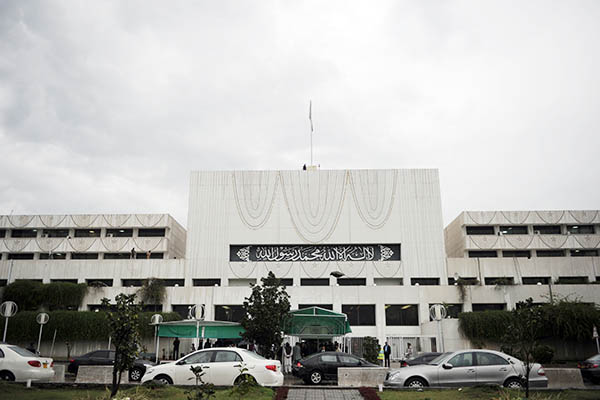 Electricity supply to several official buildings, including Parliament and president’s official residence, cut off over non-payment of dues.

The government on Tuesday cut off the electricity supply to several major official buildings for non-payment of bills, including Parliament, the prime minister’s offices and the president’s official residence.

Pakistan is blighted by rolling power cuts, caused in part by people not paying their bills, with government offices among the worst offenders. People struggle without electricity for 12 to 18 hours a day in the blistering heat of summer, but up to now little action has been taken against recalcitrant bureaucrats working in air-conditioned offices.

Minister of State for Water and Power Abid Sher Ali announced an “indiscriminate drive” to recover unpaid bills and warned that all offices and customers who had defaulted would be cut off. “I have issued orders that the electricity supply to Parliament Lodges, Parliament House and President’s Secretariat should be disconnected immediately for non-payment of millions of rupees of bills,” he said.

Power company officials said that electricity supply to more than 100 government offices had been disconnected over non-payment of bills.

Solving Pakistan’s energy crisis was a key campaign pledge for Prime Minister Nawaz Sharif in the run-up to the 2013 general elections. But the daily power cuts, known euphemistically as “load-shedding,” have already begun this year, even though there is still at least a month to go before the height of summer, when temperatures in some places top 50 degrees Celsius.

The disconnections were not limited to electricity. The state-run gas company also disconnected the natural gas supply to the prime minister’s offices.