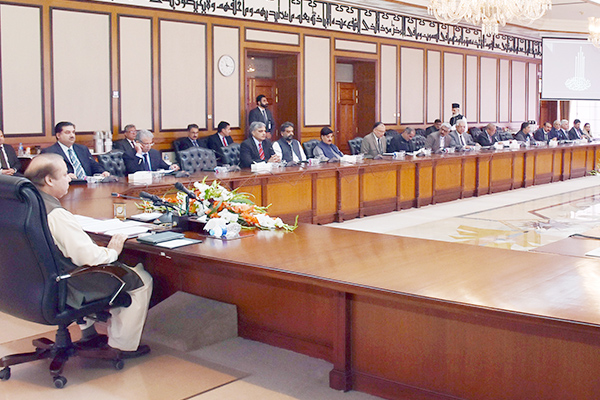 Islamabad on Thursday announced plans to bring its militancy-wracked tribal areas into the mainstream political fold by ending a de facto system of direct rule that critics said suppressed development and fueled extremism.

Situated on the country’s northwest border with Afghanistan, the region became a central arena in the global war on terror in the aftermath of 9/11, where Taliban and Al Qaeda fighters operated with impunity. Its inhabitants have long complained its development has been neglected by Islamabad, which also appoints administrators with sweeping powers including the prerogative to collectively punish entire clans for the crime of an individual.

“The cabinet has in principle approved the recommendations of the FATA Reforms Committee,” Sartaj Aziz, head of a government reforms committee and a senior aide to Prime Minister Nawaz Sharif told reporters in Islamabad. He added the region would be fully merged into the neighboring Khyber-Pakhtunkwa province within a period of five years, but some key reforms such as an ending collective punishment and extending the rule of Pakistani courts would be completed within months.

The proposals will now be forwarded to Parliament, which will be asked to pass a constitutional amendment to implement them.

Residents from the tribal areas are often stigmatized and viewed as potential terrorists when they travel from their mineral-rich but chronically under-developed region.

Shah Jee Gul Afridi, a lawmaker from the region hailed the decision, which residents have spent decades lobbying for. “Today it feels like we’ve been freed, we are hopeful that all this process will complete smoothly,” he said.