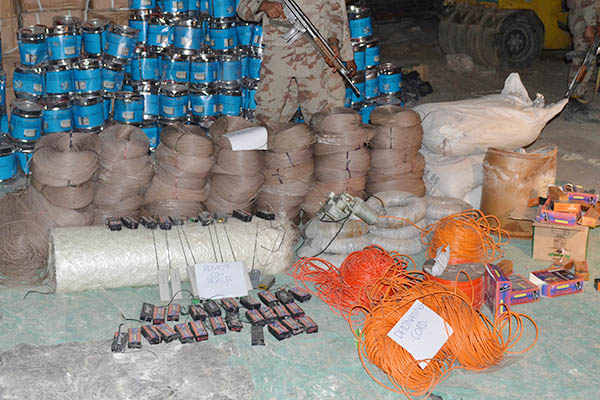 Acting on an intelligence tip, cops raided a house in Bhara Kahu and recovered 125 kg of explosives.

Sultan Azam, a senior police official, said the car was discovered at midnight Friday at a house in Bhara Kahu, a village on the northeastern outskirts of Islamabad. Police had raided the house after an intelligence tip.

Azam told reporters the car was unregistered and had been loaded with 125 kilograms of explosives. No arrests had been made but police were investigating, he said, adding: “Soon you will hear good news.”

A private TV channel, Samaa, broadcast footage of the car, a Suzuki Alto, along with electronic wires, ball bearings, nut bolts and detonators. Police said the explosives were concealed in the car’s natural gas cylinder and doors.

Azam said police have tightened security in the capital after the incident.

Police recently foiled a suicide attack in the same area, killing a would-be suicide bomber after he opened fire outside a Shia mosque on Aug. 9 but failed to detonate his explosives.

Attacks around the heavily guarded capital are very rare, but security has been stepped up in recent days due to intelligence report of Taliban attacks inside Islamabad.