by AFP and Newsweek Pakistan December 7, 2013 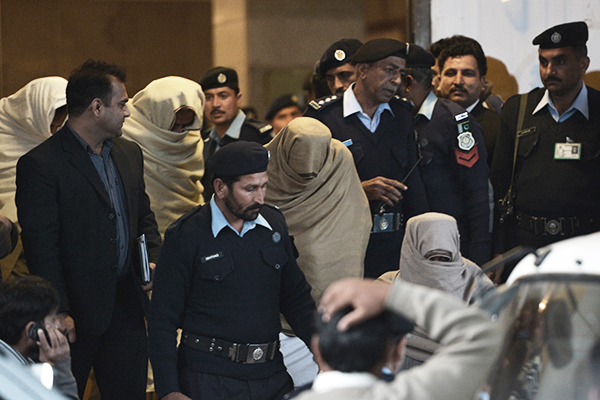 Only six of the 35 men the court wanted produced were identified by their relatives.

Pakistan’s government produced 14 men, long believed missing by their relatives, at an in-camera session of the Supreme Court on Saturday.

Six of the 14 men were identified by their relatives, who had blamed their disappearance on the Army. “We presented these people to obey court orders and will present more people before the court on Monday or Tuesday to further act on court directives,” said Arif Nazir, a defense ministry official.

Pakistan’s chief justice had demanded that 35 ‘missing persons’ be produced in court before his retirement on Dec. 11. Until the judge issued a summons to the minister of defense, the portfolio had been occupied by Prime Minister Nawaz Sharif. The recently-installed defense minister, Khawaja Asif, had told the court that the disappeared were not in Army custody but in jails in Khyber-Pakhtunkhwa, a province governed by rival party Pakistan Tehreek-e-Insaf.

Defense of Human Rights, an organization formed by the relatives of ‘missing persons,’ claims that some 2,000 such people remain untraceable.

Last month, a group of over two dozen people—mostly women—marched 700 kilometers from Quetta to Karachi to register their protest over the disappearance of their relatives.