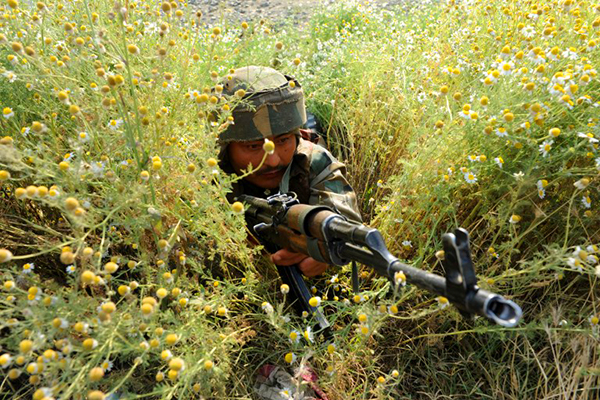 In statement, Pakistan’s Foreign Office calls on India to restrain its security forces.

Pakistan on Friday said it has lodged a protest through diplomatic channels with India over the killing of a soldier in the disputed Kashmir region.

The military on Thursday said the soldier had died in fresh firing from Indian troops along the area’s de facto border in the evening.

“Condemning the incident, Pakistan called upon India to restrain its security forces from unprovoked firing and shelling across the Line of Control and the working boundary,” Pakistan’s Foreign Office said in a statement.

Recent exchanges of fire across the de facto border between India and Pakistan in Kashmir, which both countries administer in part but claim in full, have killed at least 20 civilians and forced thousands to flee their homes. The neighbors, who have fought two wars over Muslim-majority Kashmir, have traded blame for the upsurge in firing and shelling which started on Oct. 6.

India called off peace talks in August after Pakistan first consulted Kashmiri separatists, a move some saw as a sign of a tougher stance by Prime Minister Narendra Modi’s new rightwing government.