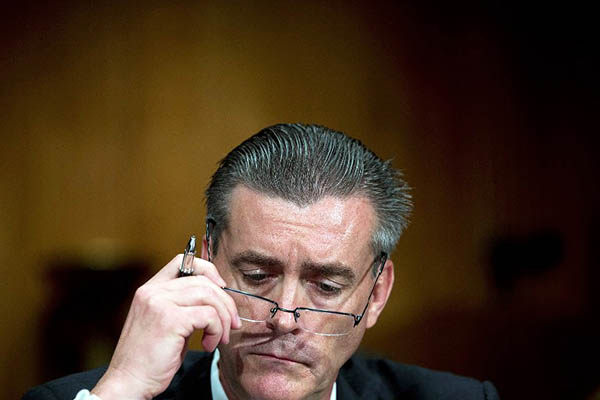 Islamabad on Wednesday summoned U.S. Ambassador Richard Olson to protest against what it said were “unsubstantiated” allegations in a U.S. Department of Defense report about terrorist sanctuaries in Pakistan that operate against Afghanistan.

A foreign office spokesperson said Pakistan had taken serious exception to comments contained in the U.S. Department of Defense report. The report, which was sent to Congress under the title Progress Towards Security and Stability in Afghanistan, gave the blunt assessment that terrorist groups continued to operate out of sanctuaries in Pakistan to commit attacks against Afghanistan and India.

“Pakistan’s protest over these unwarranted comments was conveyed by the adviser to the prime minister on national security and foreign affairs, Sartaj Aziz, to U.S. Ambassador Richard Olson at the Foreign Ministry today,” the foreign office said in a statement. “Such allegations are of particular concern at this point when Pakistan government has launched comprehensive operations against militants in North Waziristan,” the statement said.

Pakistan has been battling Islamist groups in its semi-autonomous tribal belt since 2004, after its Army entered the region to search for Al Qaeda fighters who had fled across the border following the U.S.-led invasion of Afghanistan. In June the Army began a long-awaited offensive, Operation Zarb-e-Azb, against militant hideouts in North Waziristan, after a bloody raid on Karachi’s international airport ended faltering peace talks between the government and the Taliban.

Washington has long maintained that insurgents have been able to plan and carry out attacks on Pakistan’s neighbors, urging Islamabad to do more to take the fight to the militants. A homegrown Taliban insurgency has also killed thousands of Pakistanis in recent years. The attacks, once a near-daily occurrence, have tailed off since the Army launched its anti-militant offensive.

But on Sunday a suicide bomber killed more than 50 people at the main Pakistan-India border crossing at Wagah border. The devastating attack, which also wounded more than 120 people, was a rare strike in Punjab, the powerbase of Prime Minister Nawaz Sharif. It has largely been spared the worst of the bloody wave of Islamist violence that has assailed the country in recent years.