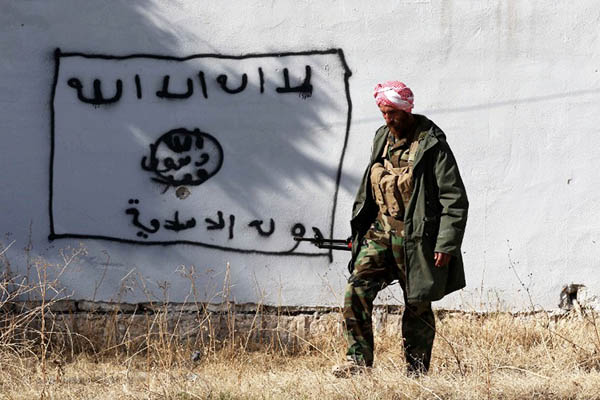 The extremist group hopes to recover ground lost in Syria and Iraq by expanding global operations.

The Islamic State group may be losing ground in its strongholds of Iraq and Syria but as the attack in Indonesia this month showed, the jihadists are rallying other groups under their banner, analysts say.

In most cases, these groups have no direct contact with the leadership of I.S.’s self-proclaimed caliphate, but the group is happy to claim responsibility for the blood spilled in its name, the experts say. “From the start, Islamic State has vowed to take its fight globally, but until recently it has been focused on managing its caliphate in Iraq and Syria,” said Michael Kugelman, of the Woodrow Wilson Center in Washington. With the Iraqi army re-taking some of the territory the group had taken, I.S. “has re-dedicated attention to focusing on a more global approach,” he said.

“The big question, after the Jakarta attacks and all of these attacks around the world in recent months that have been claimed by ISIS is—are these militants only inspired by ISIS or have they been directly managed by ISIS?” he said.

Kugelman, like all of the experts questioned by AFP, believes that I.S. is for now content to take credit for the attacks, using the “brand recognition” of its name that has spread across the world, partly through social media, without necessarily dedicating resources or manpower to these groups.

“What you have here are disillusioned, alienated militants, who have been fighting with a different organization, who are interested in identifying themselves with a more dynamic cause. And they see ISIS as a very dynamic cause—they are in the media all the time and commit spectacularly brutal attacks.”

That is why in Afghanistan and Pakistan groups claiming to be I.S. have appeared in recent months, claiming attacks or posing on the Internet with the group’s black flag. “There are breakaway local militant groups seeking a new identity who are joining I.S.,” Pakistan-based analyst Hasan Askari said. “The I.S. ideology already exists in Pakistan, it is an extreme Salafi tradition and people are now following them for a new identity, [even though] they might not have direct links with the real I.S. leadership,” he said, adding there was no evidence to suggest that the I.S. leadership had visited the groups in Pakistan and Afghanistan, which are both strongholds of Al Qaeda.

Amedy Coulibaly, the French jihadist who killed four Jews in a kosher supermarket in Paris in January 2015, pledged allegiance to I.S., but the investigation has so far found no evidence that he had ever been in contact with the organization, apart from viewing its propaganda videos on the Internet.

Indonesian police investigating Thursday’s attack on a busy street in Jakarta lined with shopping malls, luxury hotels, and foreign embassies that left five assailants and three other people dead, have pointed the finger at Katibah Nusantara, a militant unit of Malay-speaking I.S. jihadists.

Yet Kugelman said: “In Indonesia, I heard no indication before these attacks of any form of formal ISIS presence. This is new.”

I.S. has put on record its allegiance with extremist groups in eight countries—in Algeria, Nigeria, Libya, Egypt, Saudi Arabia, Yemen, Afghanistan and Pakistan—and claims it has directed or inspired attacks in at least 17 countries, killing around 1,000 people.

Security services have long feared that I.S. will work with the equally bloodthirsty Boko Haram movement, which since 2009 has wreaked havoc as it seeks to impose Islamist rule in northern Nigeria. In May last year, I.S. accepted a pledge of allegiance from the group.

“For Boko Haram in Nigeria, there is no clear evidence of operational contacts, but there has been a clear sophistication in its attacks,” said Peter Pham, of the Atlantic Council in Washington, suggesting that the I.S. planners are having some influence.

Pham is worried by I.S.’s advance into the Sahel region of north Africa. Pummeled from the air by a U.S.-led coalition and by Russian jets in Syria and Iraq, I.S. has been rapidly spreading into Libya, where affiliated groups have profited from the anarchy in that country to take control, and to secure the considerable oil reserves in some areas. “We have to bear in mind that Sahel is a very permeable region, so it’s really a concern for the continent,” Pham said.